Vishal completes his next film amidst pandemic - Latest Big Update! 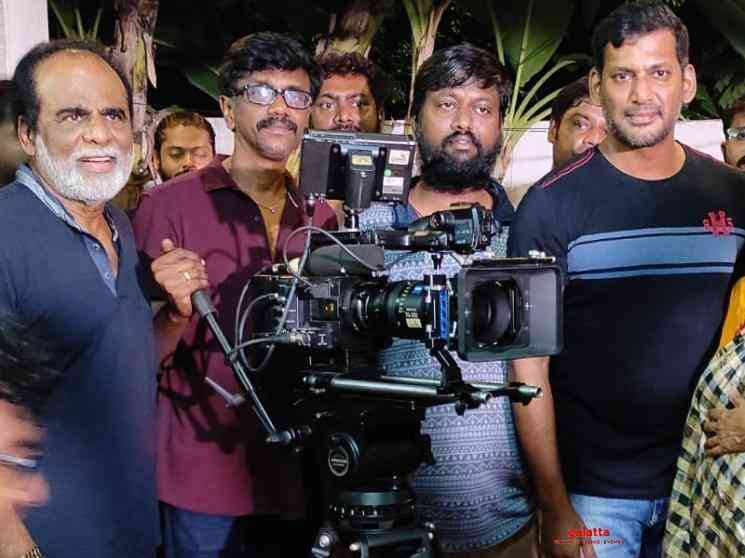 The shooting of Vishal’s Chakra was completely wrapped up last night and the makers will now shift the focus towards the post-production works. The final schedule of the film kickstarted last week and it was a patch shoot involving a few minor sequences. The shoot happened in and around Chennai with Vishal, Robo Shankar and Regina Cassandra. The shoot happened as per the Government protocols with a minimal crew. With the shoot now fully completed, the team will be eager to complete the film and release it. As already reported, Chakra is most likely going to be a direct OTT release, following the current trend and it may end up being acquired by Amazon Prime or Zee 5.

Only close to the film’s completion, we can expect some sort of announcement regarding the release plans. Chakra’s trailer which released a few months before had created good expectations among the fans and it has to be seen if the same impact can be delivered by the team through the film. The trailer looked promising and it was packed neatly with some gripping moments. Chakra is directed by debutant MS Anandan, an erstwhile associate of director S Ezhil and produced by Vishal Film Factory. Chakra will have music scored by Yuvan Shankar Raja, editing by Thiyagu, and cinematography by Balasubramaniem.

With a good buzz surrounding the film, Vishal will be looking forward to making a strong comeback, considering the fact that his last film, Action did not fare well at the box office. Chakra’s story will deal with the online e-commerce frauds and scams that take place in the city. The film will also trace the journey of Vishal who sets out to find his father’s lost Ashoka Chakra medal which was robbed by the antagonist.

As per our predictions, Regina Cassandra should be the antagonist as we didn't get to see only her in the trailer. The cat and mouse game between the protagonist and the antagonist should be the key USP for the film and let us hope that it works in the favour of the movie. Srushti Dange, K.R.Vijaya, Robo Shankar, Manobala form the supporting cast. Check out the video taken at the Chakra wrap up event here: