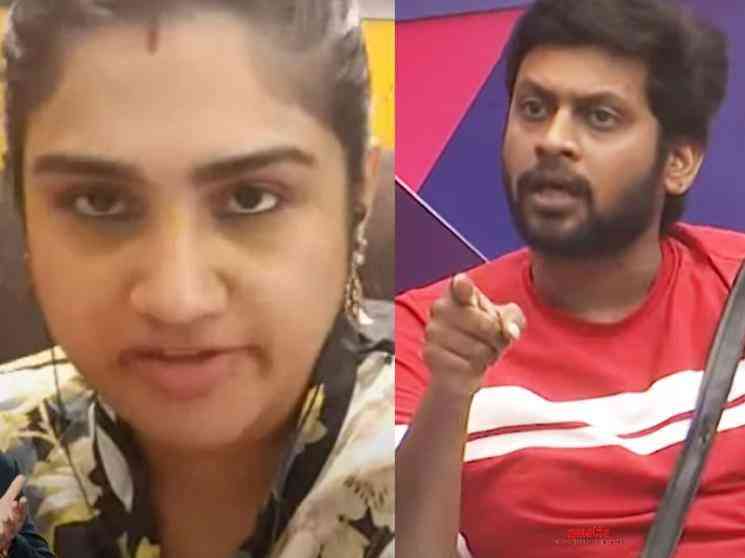 Three seasons have been completed and the fourth season of Bigg Boss Tamil is recording an impressive viewership among the people of Tamil Nadu. The fourth season began on October 4 and the past 10 ten days have been quite entertaining for the audience. Things have slowly started to heat up inside the house and for the past few days, we have been witnessing constant fights and arguments between different housemates. The first argument was between Suresh Chakravarthy and Anitha Sampath which was sorted out by Kamal Haasan in the weekend episode. There was also an argument between Balaji Murugadoss and Sanam Shetty over the former’s disagreement about beauty pageant shows.

In yesterday’s (October 12) episode, the fans saw the other side of Rio when he lost his cool due to Suresh Chakravarthy. However, his anger did not go well with the audience who thought that the Nenjamundu Nermaiyundu Odu Raja actor overreacted and blew up an ordinary topic. Today’s promo also suggested a rift between Rio and Suresh Chakravarthy and it looks like the coming days are going to be filled with a lot of twists and turns. Meanwhile, there is a doubt that’s been bothering a section of the audience. Netizens doubt if the show is scripted since they are not satisfied with Rio’s unforeseen anger against Suresh Chakravarthy.

One of the fans tagged Vanitha Vijayakumar who is a former contestant of the show and addressed this issue. However, Vanitha denied the speculation and said that the show is not scripted by the channel or the organisers of the show. Vanitha tweeted, "It's never scripted by @vijaytelevision channel or @EndemolShineIND only contestants go inside with own script and strategy". This tweet has once again been confirmed that the show is not scripted or planned to happen in a certain way.

Vanitha Vijayakumar was a controversial contestant who garnered a huge buzz during her presence inside the house. Currently, Vanitha Vijayakumar and Galatta Media have collaborated together for a show titled Vanitha-vin Darbar where she would discuss and review the daily episodes of Bigg Boss. The latest episodes of Vanitha Darbar can be seen on Galatta Tamil’s official YouTube channel. For now, check out her tweet clarifying about the authenticity of the show:

It's never scripted by @vijaytelevision channel or @EndemolShineIND only contestants go inside with own script and strategy https://t.co/bu4T075iBW