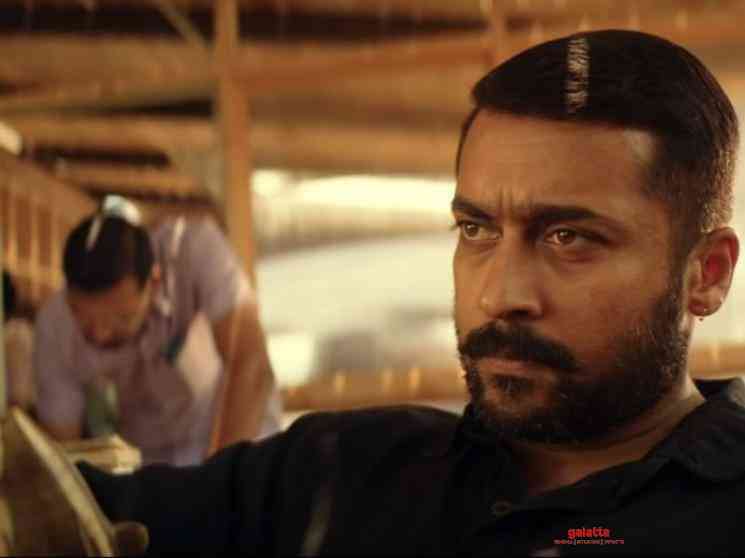 One of the most-awaited films in recent times, Suriya's Soorarai Pottru directed by Sudha Kongara has been carrying massive expectations right from the moment of its announcement. The film had been scheduled for a direct Amazon Prime Video OTT release on October 30, but had to be postponed as the team had to get a No Objection Certificate (NOC) from the Indian Air Force (IAF) considering the film is centred around the aviation industry. With the NOC obtained, the long-awaited Soorarai Pottru trailer has now been finally released.

Being also dubbed in Telugu as Aakaasam Nee Haddhu Ra, Suriya in the film's trailer is shown to be in a completely new dimension with fans witnessing the powerhouse performer essaying a character named Nedumaran Rajangam aka Maara. The Soorarai Pottru trailer is exciting right from the get-go and delivers on all fronts, leaving us wanting for more, which we can expect to be fulfilled when the film has its world premiere on Amazon Prime Video on November 12 as a grand Diwali treat.

The Soorarai Pottru trailer takes the excitement for the film a notch higher after the teaser, with Suriya's character said to be based on the life of Captain GR Gopinath, the founder of Air Deccan airliner. The upcoming film has music composed by GV Prakash Kumar, who has delivered five chart-buster tracks in the film already which include - 'Maara Theme', 'Veyyon Silli', 'Mannurunda Mela', 'Kaattu Payale' and the recently-released friendship song titled 'Aagasam' - all of them receiving a thumping response from fans everywhere.

Watch Suriya in action in the Soorarai Pottru trailer below: