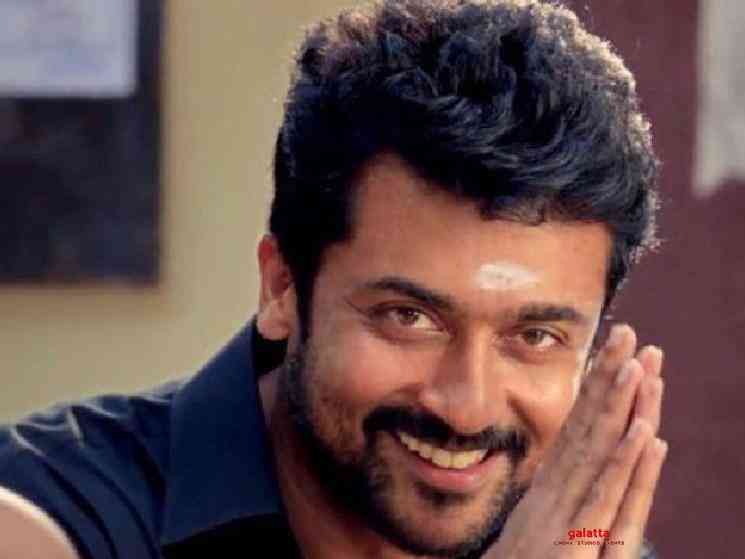 Suriya fans are waiting with bated breath for on of the most awaited movies of this year - Soorarai Pottru! This movie, directed by Sudha Kongara, has been jointly produced by Suriya's 2D Entertainment and Guneet Monga's Sikhya Entertainment. Though there were a lot of expectations that the movie would release in theatres, the COVID-19 Novel Corona Virus Pandemic has ensured that it would not. However, not wanting to disappoint his fans, Suriya had announced that the movie would release on the OTT platform Amazon Prime, in October! Unfortunately, there was some delay in obtaining the NOCs from the Indian Air Force and the release has now been pushed to Deepavali. Even as everybody is gearing up for the movie's trailer, which is coming out tomorrow (October 26), Suriya fans have gotten another joyous surprise!

The production giant Sun Pictures has just now released a massive announcement on Suriya's next project - #Suriya40! The announcement states that this project will be directed by Pandiraj and bankrolled by Sun Pictures! This wonderful news coming out on Saraswathi Pooja day, has taken everybody by surprise! The Suriya-Pandiraj combo has been long awaited and has already worked wonders before! Suriya played an extended cameo in National Award winning director Pandiraj's Pasanga 2, which was also produced by his 2D Entertainment banner! Suriya and Pandiraj then came together for the blockbuster hit Kadaikutty Singam, which starred Karthi in the lead and was produced by Suriya, who also made a very small cameo appearance in it! It has been rumoured for long that Suriya and Pandiraj would be coming together and now, it has happened!

Following Soorarai Pottru, Suriya had signed up for Vaadivasal, with director Vetrimaaran. This movie, which is being bankrolled by Kalaipuli S Thanu's V Creations, marks the first collaboration between Suriya and the Asuran director! Another movie with director Hari was announced for Suriya and this 6th collaboration between the director and actor had been titled Aruvaa. However, the project did not materialise. With Pandiraj recently making a name for himself with rural, family entertainers with a very good blend of action and comedy, we can expect Suriya 40 to be all those and more! Meanwhile, Sun Pictures have an amazing lineup of movies in their kitty, including Superstar Rajinikanth's Annaatthe, Dhanush 44 and the as-yet-unnanounced Thalapathy 65 movie. We're looking forward to more updates on the cast and crew of Suriya 40 in the coming days! Stay tuned to Galatta.com for all the latest updates, as and when they come out!