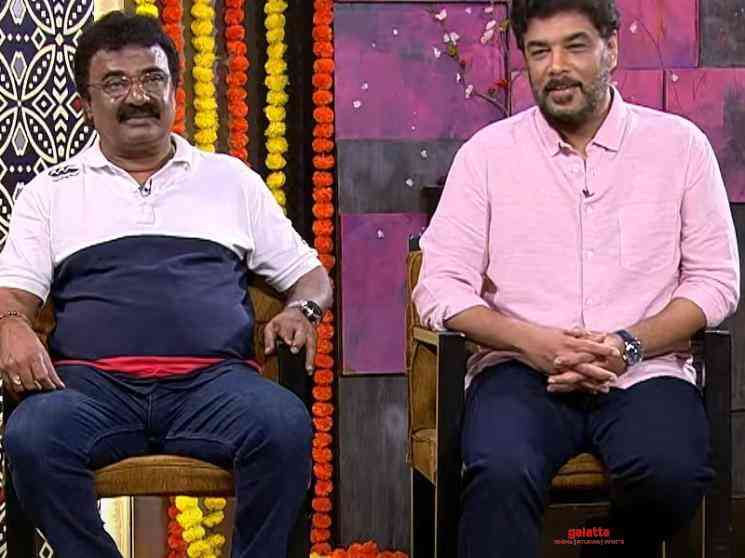 The Tamil remake of Mayabazar 2016 (Kannada) was officially announced last month and the shooting began in Chennai amidst the pandemic. Director Sundar C acquired the Tamil remake rights of the film. The Kannada comedy drama, Mayabazar 2016 starred Raj Shetty, Vasishta Simha, Achyuth Kumar, Prakash Raj, Sadhu Kokila in the lead roles. The Tamil remake features Prasanna, Shaam, Ashwin Kakumanu, Yogi Babu and Shruthi Marathe in the lead roles. Prasanna will be donning the role of a Police officer in this comedy entertainer. This film is directed by Badri who has already made films like Veerappu, Aiyntham Padai, Thillu Mullu (2013), Aadama Jeichomada, etc. C Sathya has been signed as the music composer of the film. Mayabazar 2016 was a funny entertainer that turned out to be a huge success in the Kannada film industry and it is going to be interesting to see how the makers have adapted the film to suit the taste of the Tamil audience.

It has now been officially announced that this remake film is titled Naanga Romba Busy and its first prelude program is all set to be aired tomorrow (October 26) morning at 11.30 AM on Sun TV. Producer Sundar C, actors Shaam, Ashwin Kakamanu and VTV Ganesh take part in this program and some of the behind the scene moments are also expected to be aired. The interesting aspect about this film is that it will have a direct television premiere on Sun TV for the festive occasion of Diwali and this is the first ever time something of this sort is happening.

This pandemic has made a lot of leading producers and actors opt for a direct digital release through OTT streaming platforms, but Naanga Romba Busy will be a direct television premiere film. Sun TV has a phenomenal viewership and having said that, we can expect this comedy drama to record high TRP ratings. It is said that the film will also be released on Sun NXT platform after its television premiere. Sundar C, as a producer is known for his fun filled entertainers like Meesaiya Murukku, Natpe Thunai, Naan Sirithal and going by that, we can expect Naanga Romba Busy to be a quality family entertainer.