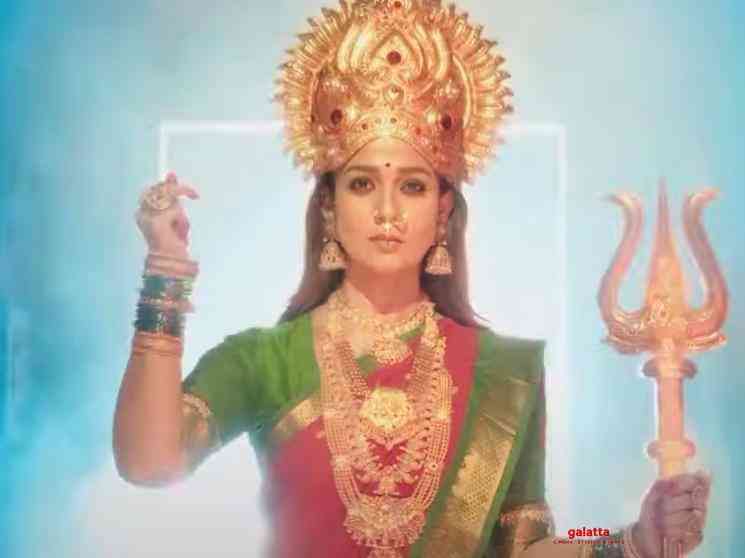 Nayanthara’s Mookuthi Amman is all set for a direct digital release on Disney + Hotstar OTT platform for the festive occasion of Diwali and the film marks the directorial debut of RJ Balaji, along with NJ Saravanan. Produced by Isari K Ganesh under the banner of Vels Film International, Mookuthi Amman is touted to be a fun filled entertainer with a noble message and it is going to be interesting to see the lady superstar donning the role of a Goddess. Apart from writing and directing the film, RJ Balaji also plays one of the leads in this film which features Mouli, Urvashi, Indhuja, and others in supporting roles.

Mookuthi Amman has been a film that has managed to excite the fans ever since its announcement and considering the fact that RJ Balaji proved his talent through LKG, we can expect him to strike once again. The film will skip the theatrical release due to the current pandemic situation and the uncertainty prevailing over the reopening of theatres. Having said all these, the makers have now released the official trailer of the film and it is a fun riot. The trailer is packed with some of the best moments in the film and RJ Balaji’s counters are sure to put a smile on your face. Nayanthara looks gorgeous and she definitely adds a fresh flavour to the character. The lady superstar's brilliant screen presence along with Balaji's counters is sure to make Mookuthi Amman an entertaining outing.

The trailer has got quite a lot of interesting moments that keep you glued. RJ Balaji is someone known for understanding the audience's pulse and reflecting it through his films and Mookuthi Amman seems no exception. We are sure that the audience would connect to a lot of contemporary political and fake godmen references in the film. The trailer has been released on the official YouTube channel of Think Music who owns the film's audio rights. The songs will be released in the coming days.

The film has been announced to release on November 14, the Diwali day. The streaming time is yet to be known and we will update about it in the coming days. Check out the official trailer of Mookuthi Amman here: