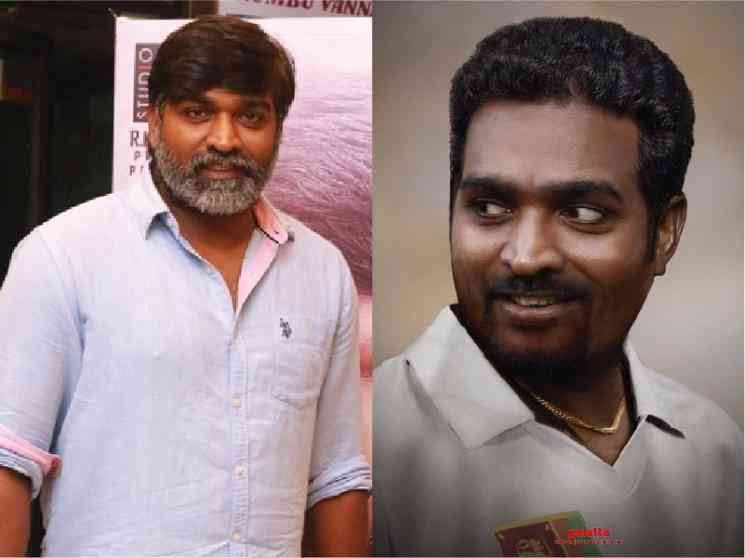 'Makkal Selvan' Vijay Sethupathi's next film, 800, a biopic on Sri Lankan cricketer Muttiah Muralitharan, had its first look and motion poster released on Tuesday. Within a few hours of their releases, the hashtag #ShameonVijaySethupathi began trending on Twitter, with similar opposing views by many social media users being expressed on other platforms as well. Claiming that Muttiah is a supporter of the Sri Lankan government which suppressed the LTTE (Liberation Tamil Tigers of Eelam), including facing accusations of genocide of Tamil people, a number of users have lashed out against the versatile actor for signing up for the project.

Many people have expressed their support of Tamil nationalism on their social media handles as a form of opposition against Vijay Sethupathi's 800. Users have also been tweeting old videos of Muttiah Muralitharan, who is seen informing people to move on from the past and look towards the future. Considerable anger and disappointment has also been visible on social media against the 800 motion poster, which has the Sri Lankan flag on the cricket uniform worn by Vijay Sethupathi.

#ShameOnVijaySethupathi
Murali is a tamilan but he represent srilanka & Srilankan. We have lot of cricketing legends in our country then why making srilankan player biopic. pic.twitter.com/PwFzuYL6V3

The flag that kills thousands of Tamils, give death threats, treat the minorities as second class...what an audacity that @VijaySethuOffl is proud to bear that blood stain flag on his chest. You are a sell out.#ShameOnVijaySethupathi pic.twitter.com/SIxHIXEHom

One of the most beloved cricketers in the world, Muttiah Muralitharan has been a controversial figure in Sri Lanka. Many Tamil-speaking people in the island country in 2019 had raised their objections over speculations and news reports that he may be the Governor of Sri Lanka's Tamil-dominated Northern Province. Muttiah had campaigned for Gotabaya Rajapaksa in the elections last year, who was the Defence Secretary when the LTTE were crushed by the Mahinda Rajapaksa government.

A member of the 1996 World Cup-winning squad, Muttiah in his past interviews stated that he felt Gotabaya Rajapaksa was the correct person to lead the nation, while adding that politicians from Tamil Nadu should not intervene with Sri Lanka's internal affairs. An Indian origin Tamil, Muralitharan does not hail from the Northern or Eastern provinces of Sri Lanka, which incidentally has led to anger among certain sections of Sri Lankan Tamils, who have rejected him.

Earlier speaking to Hindustan Times, Muttiah Muralitharan had said, "Tell me, if there is a problem within your family, do your neighbours interfere? Tamil Nadu politicians do not understand the problems of Sri Lankans. They should allow our government to get on with governance. I support President Rajapaksa because he is the right person to lead our country. Over the years before he came to power, there was no progress. The economy was down, nothing was moving. President Rajapaksa is an administrator, a former Defence Secretary and army man. He is a clever person who will carry out reforms, strike a different path, improve lives and do the right thing."

As of now, no statement has been issued by Vijay Sethupathi to the ongoing controversy and backlash against 800. Although the actor and his upcoming film are facing stiff opposing views from many online, a huge section of his fans have also come out in support towards him and the biopic. The hashtag #WeStandWithVijaySethupathi too began trending on Twitter, with many expressing their support and saying that 800 is a film and should not be viewed from a political standpoint.

Why shame on Vijay Sethupathi.....?
Is all Srilankans oppose tamilans..?

Why???Pls stop this...He is a good bowler...he has a intresting and inspiring past

Please Stop This
Although he married a tamil woman..

The people who are doing the negative trend is mostly from one political party. During another movie problem their leader told "Padatha padama paarunga ". Now what the f*ck happend.#WeStandWithVijaySethupathi pic.twitter.com/1oP5OQZYRM

#MuthiahMuralidaran is a legendary cricketer with a record of 800 wickets. #800TheMovie is going to talk about the struggles he faced. Without knowing the story how can one oppose the movie..

#WeStandWithVijaySethupathi
Why people are against Vijay sethupathi ?
"If Hollywood makes the film about Mahatma Gandhi, then why doesn't India make film about Murlidharan".
Atleast this time he need support#VijaySethupathi pic.twitter.com/yGkuep4KXK

#WeStandWithVijaySethupathi
Ignore Negativity
We always Stand With You Na @VijaySethuOffl
Hope after Moving Release It will be solved ☺️ pic.twitter.com/duVZ5hoMNk

During kaththi release they opposed @LycaProductions a lot. Now they are producing lots of movie. We don't what are they doing now. #WeStandWithVijaySethupathi 👍🏻 pic.twitter.com/dv3Wc7EUcN

See movie as a movie... and not as a politics #WeStandWithVijaySethupathi pic.twitter.com/zWujE8usTa

800 is directed by MS Sripathy and is jointly produced by Movie Train Motion Pictures banner and Vivek Rangachari. Popular Malayalam actress Rajisha Vijayan is also said to be part of the film's cast.