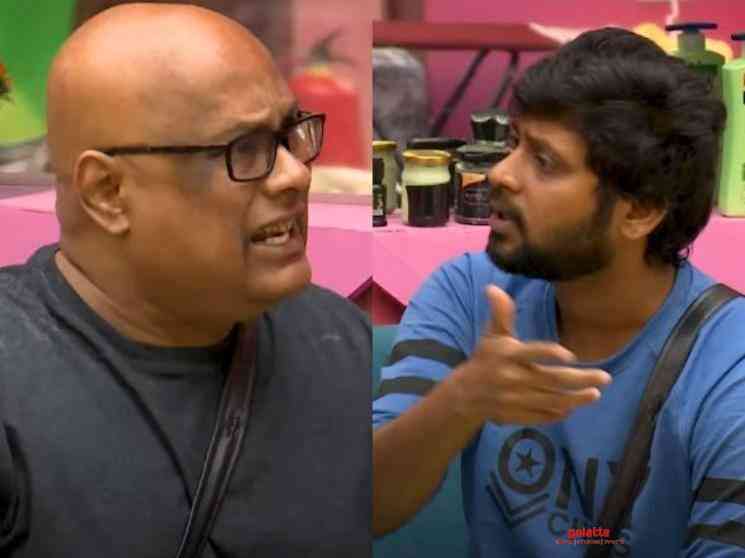 The fourth season of the smash hit Tamil reality show, Bigg Boss, is off to a sensational start, with actor-politician Kamal Haasan returning to host once again after the staggering response to the first three seasons. Bigg Boss Tamil season 4 includes a number of notable names participating among whom are Ramya Pandian, Rio Raj, Shivani Narayanan, Samyuktha Karthik, Gabriella, Aajeedh, Balaji Murugadoss, Som Shekhar, Suresh Chakravarthy, Aranthangi Nisha, Anitha Sampath, Sanam Shetty, Jithan Ramesh, Aari, singer Velmurugan and Rekha as the sixteen contestants, with the show closing in on it its first elimination process in the days ahead.

The second promo for Wednesday shows Rio Raj and Suresh Chakravarthy sitting down and discussing what appears to be a man-to-man conversation. In this latest promo, Rio tells upfront to Suresh that there is groupism within the Bigg Boss 4 house. Suresh then goes on to state that there are many issues, which he isn't interested in talking about. Rio responds saying it is clearly visible that Suresh is speaking about him each time. We then see Suresh and Rio trying to get each of their points across. However, Rio doesn't agree at one point and says he can't allow it. Suresh then informs Rio about groupism and takes Aranthangi Nisha as a reference. Suresh tells Rio that they both have known each other before Bigg Boss Tamil season 4 and are good friends. Suresh informs that everything Rio has done has garnered him support from outside. Suresh further informs him that he is not weakened one bit by it. Towards the end, we see Rio asking Suresh a straightforward question: what have they all done to him?

Suresh Chakravarthy has turned out to be one of the most debated and controversial stars on Bigg Boss 4 after he ended up in arguments with Anitha Sampath in the first week. There was also a small disagreement between him and Rio Raj as well last week. Furthermore, Suresh had gotten into a serious verbal spat with Velmurugan on Tuesday. Although not as loud as other past incidents so far in Bigg Boss Tamil season 4, this latest promo is no doubt serious from the get go. The conversation between Suresh and Rio is an intense one and we can feel the tension throughout. We see Jithan Ramesh, Gabriella, Aari and singer Velmurugan taking note of the conversation, but observing it quietly from a safe distance.