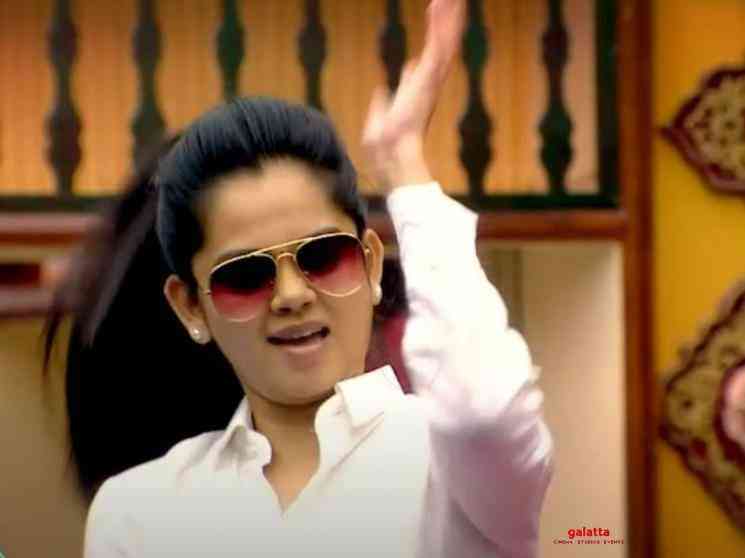 Bigg Boss Tamil season 4 is now officially into its second week, with the contestants already put through a handful of tasks, which have led to some serious incidents between them. Being hosted by Kamal Haasan for the fourth consecutive time, the ongoing edition's contestants include Ramya Pandian, Rio Raj, Shivani Narayanan, Samyuktha Karthik, Gabriella, Aajeedh, Balaji Murugadoss, Som Shekhar, Suresh Chakravarthy, Aranthangi Nisha, Anitha Sampath, Sanam Shetty, Jithan Ramesh, Aari, singer Velmurugan and Rekha, with the show nearing its first elimination process in the days ahead.

Vijay TV released the first promo for Wednesday and is this time a fun start to the day as the contestants are seen having a ball. We see Anitha Sampath and Suresh Chakravarthy apparently letting go of their past differences and hitting the dance floor, with the other contestants cheering them throughout. Anitha and Suresh are seen doing their own versions of dance moves to the 'Chinna Machan' song from Charlie Chaplin 2. Both contestants are dressed in traditional attire and that includes Anitha too in a white veshti and shirt, while sporting coolers. The promo is a fun one this time with no animosity or tension between any of the contestants, who towards the end rush to the stage to congratulate Anitha and Suresh before joining in on the celebrations.

The show so far has witnessed a few intense moments, especially with Suresh Chakravarthy in the midst of it all on most occasions, who has since emerged as the most controversial participant in the current season. Among the disputes, his stance against Anitha Sampath became the highlight in Bigg Boss season 4's first week, which was followed by a small argument with Rio Raj and a verbal altercation with singer Velmurugan on Tuesday. The season has also introduced for the first time an eviction free pass, which allows contestants to change the voting results that have been decided by the fans. This eviction free pass will be in effect throughout Bigg Boss Tamil season 4. Eight contestants were required to exit their room on Tuesday without exhibiting any selfishness in order to attain the Bigg Boss eviction free pass.