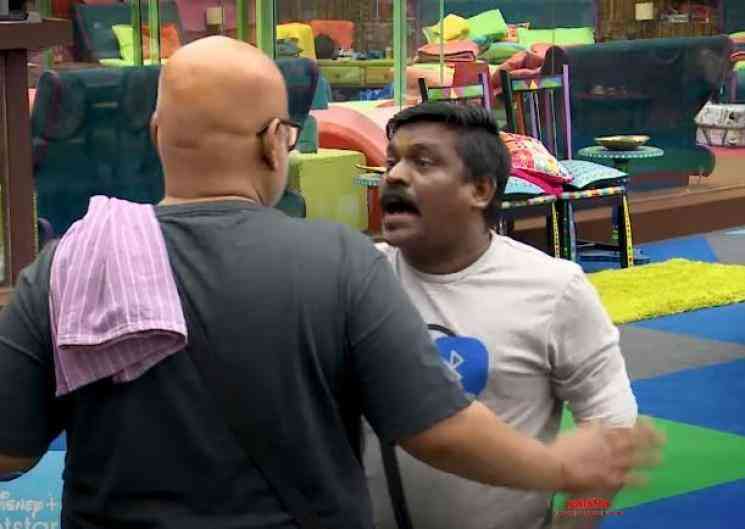 The second promo for Tuesday shows an argument erupting between singer Velmurugan and Suresh Chakravarthy. We see Velmurugan confronting Suresh over a statement he had made that has offended the former. An angered Velmurugan questions Suresh as to how he can use such words that are not only offensive, but hurtful. He repeatedly asks and stops Suresh on his path to having his food. Velmurugan asks him how he can keep on continuing to hurt him using such hasty statements and comments. In the promo, we witness the Bigg Boss 4 housemates quite shocked at how the argument between Velmurugan and Suresh Chakravarthy is spiralling downwards. Ramya Pandian is visibly disturbed at the turn of events, with Rekha trying to pacify her. Towards the end, Velmurugan is seen being escorted by Som Shekhar, Aari and Balaji Murugadoss away from Suresh. On the other end, Suresh is seen keeping his cool, but uttering the famous dialogue of 'Superstar' Rajinikanth's Parattaiyan from 16 Vayathinile.

This latest promo is perhaps the biggest and most explosive to date in the ongoing Bigg Boss Tamil season 4. Up until now, we have watched the contestants arguing over a few activities, but nothing as such witnessed now. The tension seems so high that there could have been a possibility of a physical altercation considering Velmurugan looked extremely upset, but was thankfully escorted away by the rest of the Bigg Boss 4 contestants. Whether this latest dispute between Velmurugan and Suresh Chakravarthy will boil over into something furthermore serious, only time will tell. This isn't the first time Suresh has ended up in squabbles with the contestants as he has been at loggerheads with Anitha Sampath and had a small argument with Rio Raj on Monday.