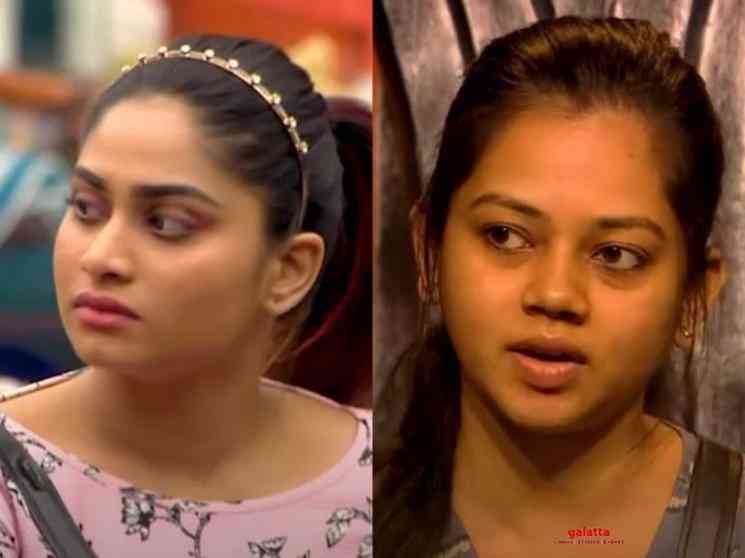 We're off to a fantastic start with the proceedings in Bigg Boss Tamil season 4. Contestants in the Bigg Boss 4 house have stood the test of time in week one and are now into week two, with various controversial incidents having taken place so far. Being hosted by Kamal Haasan for the fourth consecutive time, the contestants in the ongoing season include Ramya Pandian, Rio Raj, Shivani Narayanan, Samyuktha Karthik, Gabriella, Aajeedh, Balaji Murugadoss, Som Shekhar, Suresh Chakravarthy, Aranthangi Nisha, Anitha Sampath, Sanam Shetty, Jithan Ramesh, Aari, singer Velmurugan and Rekha.

With week two now upon us, the first promo for Monday has been released and shows the first nomination process taking place, with various contestants entering the secret room. We see Suresh Chakravarthy, Rio Raj, Rekha, Sanam Shetty, Anitha Sampath, Balaji Murugadoss in the secret room in the promo. We then hear the names of Rekha, Gabriella, Samyuktha, Sanam, Aajeedh, Ramya and Shivani being thrown in for nomination. Among them, the contestants are then asked whom do they wish to nominate to be eliminated from the show after which we hear Suresh, Ramya, Samyuktha and Aari saying the name of Sanam. Suresh then goes on to explain his reason saying she has been thinking in a false manner right from day one she entered the Bigg Boss 4 house. He then speaks about Aajeedh stating he comes and does things only for himself. Sanam is then seen nominating Samyuktha and Gabriella, while Anitha, Som Shekhar, Samyuktha and Jithan Ramesh cite Shivani's name. Jithan Ramesh states his reason for nominating Shivani because she still isn't mingling along or talking with any of the housemates.

Fans have witnessed plenty of drama in week one in the Bigg Boss Tamil season 4 house and we know for sure that things are indeed heating up between all contestants. The latest promo shows us that the contestants have to a certain extent understood the mentality and psyche of each other and have hence decided to nominate them for the elimination round that will be happening soon. Four contestants will be nominated for the elimination process after which the participant who gets the least number of votes will be shown the exit.

Some of the most debated names on Bigg Boss Tamil 4 so far include Anitha Sampath and Suresh Chakravarthy, who have been at loggerheads right from the beginning of the season. We have seen Aranthangi Nisha, Anitha, Balaji Murugadoss, Suresh Chakravarthy get emotional when they have had to speak about their personal lives. The upcoming Bigg Boss 4 week will be an interesting one as we can expect more intensity and drama to be witnessed.