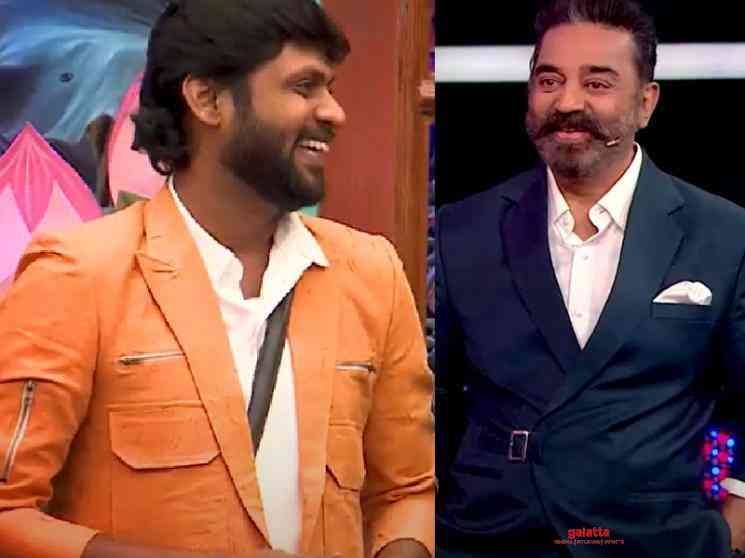 The first promo for tonight’s (October 11) episode of Bigg Boss 4 Tamil has been released by Vijay TV and this one looks fun. During the weekend episodes, the fun quotient would usually be on a higher note because of the presence of Kamal Haasan and this new promo is no exception. We see the housemates having a fun interaction with Kamal Haasan. We already witnessed the heartbreak and heart task where the housemates were asked to dedicate heartbreak for two contestants and heart for two contestants.

Shivani Narayanan ended up getting more heartbreaks because of the fact that she took time to gel along with the people. This new promo seems to be a different version of the same task. In this promo, we see Rio inking the heartbreak stamp on Shivani and Aajeedh’s hands while he extends his love for Rekha and Balaji Murugadoss. Rio shares a funny comment on Rekha which lightens up the mood at the house and Kamal Haasan is also seen enjoying it. What is the exact reason for repeating this task once again?

Well, it looks like we will have to watch tonight’s episode to know about it. Bigg Boss 4 will be aired on Vijay TV and Disney + Hotstar platform tonight at 9 PM. For now, check out the newly released promo video here: