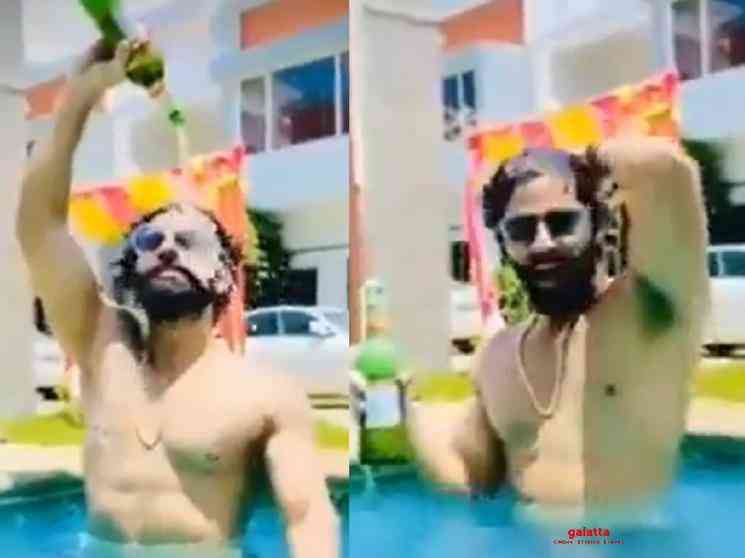 The fourth season of Bigg Boss Tamil began last week and it has attracted a good amount of viewership. The show has proved to be a good source of entertainment for the youngsters and the household audience. There are 16 contestants inside the house right now which includes Rio Raj, Ramya Pandian, Shivani Narayanan, Jithan Ramesh, Aajeedh, Som Shekhar, Vel Murugan, Suresh Chakravarthy, Rekha, Anitha Sampath, Samyuktha Shanmuganathan, Balaji Murugadoss, Gabriella, Aranthangi Nisha, Sanam Shetty, Aari. Earlier this week, there was an episode in which we saw all the housemates sharing their life stories which made them come up in life. Everyone’s personal stories had its own ups and downs and it came as a good inspiration for the audience. It was indeed good to know the hardships faced by these contestants in attaining their fame and popularity.

Balaji Murugadoss is a popular model and fitness expert who is one of the contestants of this season. Balaji’s personal life story shook everyone when they heard about it for the first time on the television. Balaji revealed that he had a disturbed childhood where his father used to physically abuse and attack him after coming home drunk. He also added that his mother became an alcoholic under his father’s influence and he never had someone to take good care of him. He said that he was a self reliant and self made person who decided to hit the gym to distract himself from his personal problems. His story made everyone emotional and he definitely registered a place in the hearts of the people.

Having said that, a new video of Balaji Murugadoss is now becoming trending on social media. In this internet age, anything and everything can be accessed in a matter of a few seconds and it looks like one of Balaji’s older videos have now surfaced on the internet. In this video, we see Balaji Murugadoss having a fun time holding a beer bottle in his hand. He is even seen freshening up his face using the beer and this video has started to create some noise on social media. This video has got a mixed reaction from the fans and we will have to wait for a few more weeks to see how things pan out for him inside the house.

The highlight aspect of Bigg Boss is that it can change the public’s perception of one contestant in a matter of a few episodes and in that way, let’s see how Balaji Murugadoss earns public support. For now, check out the latest trending throwback video of Balaji Murugadoss here: