Chennai: While the Kerala government began screening incoming travelers since the inception of the novel Coronavirus outbreak, airports in Tamil Nadu had shown a decisive lack in urgency. Now, two people who had flown into the city and walked out of the airport with minimum screening have turned up at hospitals with symptoms of Corona. Both of them have now reached the Rajiv Gandhi Government General Hospital and are reportedly under observation.

The 40-year-old woman who returned from China on Thursday was reportedly not screened upon arrival as she was not symptomatic. She is now in the Rajiv Gandhi Government General Hospital with mild fever.

Addressing the media, dean of Rajiv Gandhi hospital R Jayanthi said the patient, a resident of Selaiyur, is normal and stable."She was referred from the government hospital at Chromepet," said Jayanthi. The woman had actually passed the thermal scanner and her blood has not been drawn for the same reason; the officials simply are taking a high-precaution route, given the travel history of the patient. Another patient was sent into isolation at the Government Hospital in Tiruvannamalai. Reportedly, around 242 people across TN are under self-quarantine at home. 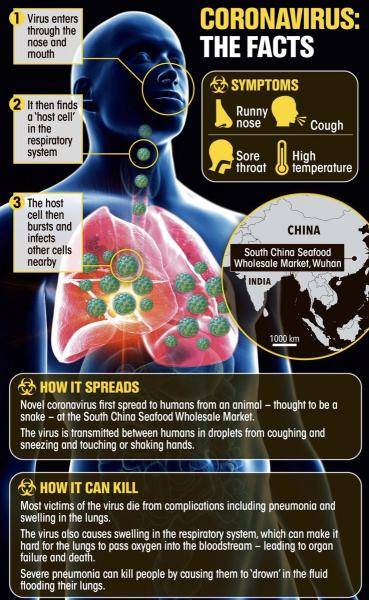 Kerala seems to be taking the crisis seriously, what with the still-fresh memories of the Nipah outbreak. The aggressive screening process has advised over 1000 people to self-quarantine; just how aggressive the screening is, came to light on Saturday after medicos tracked down a girl who had returned to Kerala but chose to forgo the screening as she reportedly believed in 'prayer rather than medicine'. Even though she was the only person to not get screened, the officials had still spent the time to track her down.

The Indian government meanwhile will send its second evacuation flight to Wuhan on Saturday. The travellers who arrived in Mumbai by the first flight have all been screened with some being sent into isolation.

Meanwhile, the authorities are planning to set up a testing facility to deal with Corona screening cases at the King Institute of Preventive Medicine in Chennai.