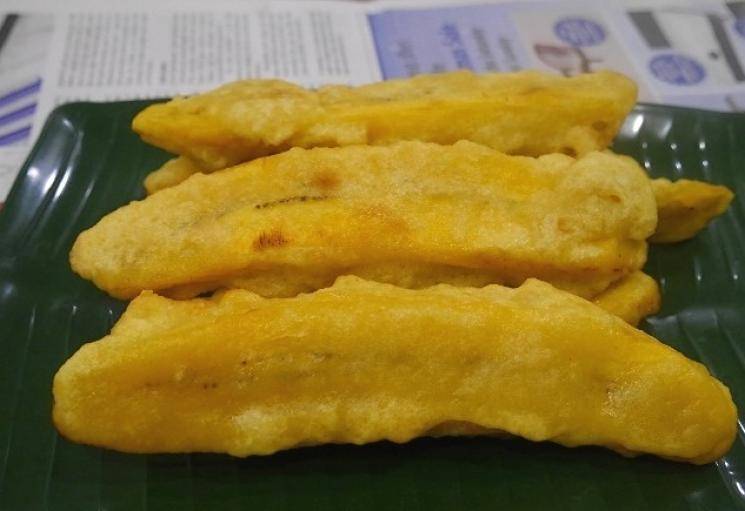 Kozhikode: The fact that the railways had scrapped banana fritters (pazham pori) and other indigenous snacks from the railway menu, had not gone unnoticed by the regular travellers. The north Indian snacks - samosa, pakoda, etc - were met with unaccountably fierce criticism online by people who lamented the loss of their favourite snack. Within a couple of months, the missing Malayali snacks have made it back to the menus, much to the delight of commuters. The new IRCTC food menu had come into effect from November 2019.

The IRCTC did away with a-la-carte meals but permitted the sale of snacks like dry samosa, dry kachori, mathri, masala sticks. However, the menu change was criticised from the first day in the stations, apparently. The travellers even put up angry social media posts and an Onmanorama report also drew notice to the fact. Ernakulam MP Hibi Eden reportedly wrote a letter to Railway Minister Piyush Goyal on Monday regarding the loss of the favourite snacks. “Some dishes which are very important to Malayalees for breakfast, such as appam, egg curry, porotta, dosa, chapatti, steam cake (Puttu) were excluded along with snacks like banana fritters (pazham pori), ilayada, kozhukkatta, unniyappam, neyyappam, sukhiyan etc. Soft drinks such as lime water also excluded,” Hibi noted in his letter.

I welcome @IRCTCofficial decision to withdraw earlier decision to exclude Kerala delicacies from railway menu. It was the sentiments of Kerala I echoed to Chairman Mr. MP Mall. IRCTC officials visited me today & handed over the reinstated menu. We got fish curry meals as a bonus! pic.twitter.com/3KRgmqtw2G

The MP's hapiness in the new fish meals also has been celebrated by the Malayalam Twitterati.

When it comes to food and drinks, the state of Kerala has shown a surprising unity against the Centre and other ruling bodies. When the Supreme Court banned the sale of liquor within 150 metres of a highway, several bars in Kerala had simply built 'maze entrances', to the approval of even non-alcoholic people in the state. This ensured that the customers would have to walk 150 metres even though the building's entrance remains at the same spot. When the nation was going through the beef ban, the entire legislature of Kerala - including the vegetarian members - had borne placards saying, 'Food is our choice.'