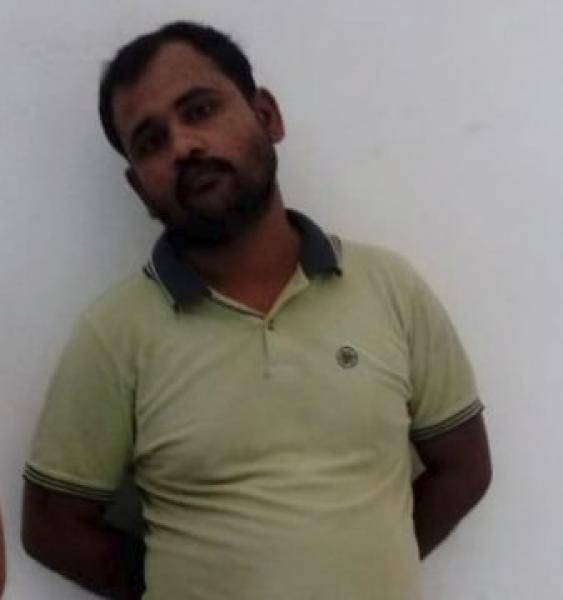 Shoranur: Another instance showing Kerala as a strong and coordinated community has emerged after an entire hamlet went on a lookout and helped the police nab an arrested Bangladeshi burglar who had managed to escape the police 2 days ago.

According to sources, Manik Sardar, aka Master (35), is a Bangladeshi national and allegedly the leader of a gang that targets isolated houses for burglary. The Kerala police began looking for them after the gang made two sensational burglaries in Kerala in the past couple of years. The gang is thought to have around 10 members and usually targets houses within a short distance from a railway station.

Sardar was apprehended by the Delhi police after he recently shot at a policeman in the country's capital. He was handed over to the Kerala police, and the man's arrival at the Kannur Central jail had become sensational news in the state. He was being taken to the Eranakulam jail from the Kannur central prison on Tuesday when he escaped. The policemen immediately informed the railway police and the villages along the railway line were alerted.

Soon, a girl from Nambram village near Shoranur called the police saying she had spotted him near a rubber plantation in the night. The residents then formed small groups and joined the police officers to check the entire area. At 8 am on Wednesday, another resident of the village spotted him trying to cross the railway bridge across the Bharathapuzha. He immediately informed the police, which launched a hunt. Within three hours, a housewife called saying Manik had passed her house in the nearby Railway Colony. It was from this spot that the police nabbed him after a chase.

Sardar's gang which targets isolated houses assaults their victims, ties them up and makes off with whatever valuables they can find. Sardar alone has more than a dozen robbery cases against him at various police stations across India, apart from a murder case in New Delhi.

The people of Kerala became aware of the gang back in December 2017 after they looted two houses near Hill Palace at Tripunithura in two days. The gang had first struck at the house of EK Ismail at Pullepady, Kochi. Then they attacked the residence of Nannappilli Anandakumar in the same area and decamped with 50 sovereigns of gold, three mobile phones and Rs 20,000 at that time.

They had also attacked the residence of a newspaper reporter in Kannur. In that incident, they had assaulted the journalist and his wife and tied them up before making away with valuables from the house.