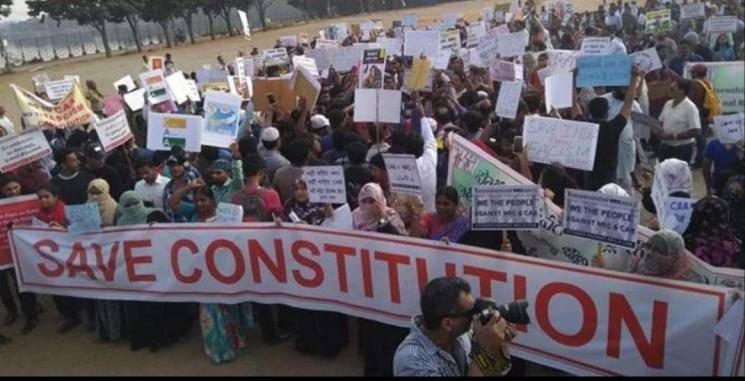 Hyderabad: Just like the People's long march that happened in Kerala or the massive daily protests in Bengaluru, Hyderabad has shown solidarity to the ongoing nationwide Citizenship Amendment Act protests by turning up in huge numbers for the million march called by an alliance of Muslim and public welfare organisations.

The protest had drawn thousands despite the Hyderabad police saying only a 1000 protesters will be allowed to participate. The organisations had won the right to protest after the intervention of the Telangana high court, to begin with. The organisers, who were refused permission to conduct a rally at the nodal Tank Bund Road had approached the Telangana High Court after which they were granted permission to hold the public meeting at Dharna Chowk. 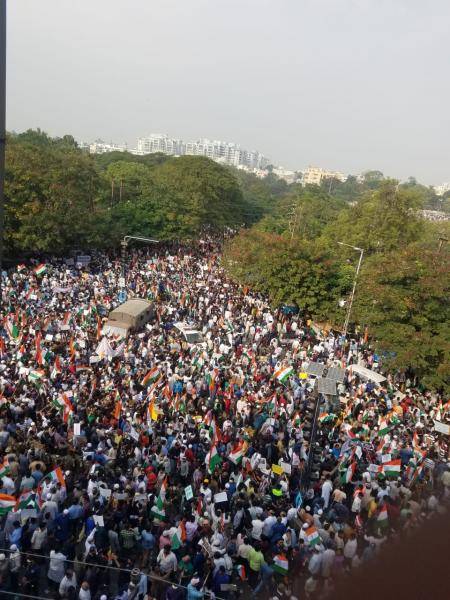 The permission was granted from 2 to 5 pm, and the incoming crowd of citizen protestors forced the police to open NTR Stadium behind Dharna Chowk, in which many of the protestors were accommodated. The turnout was undeniably much higher than what was expected. 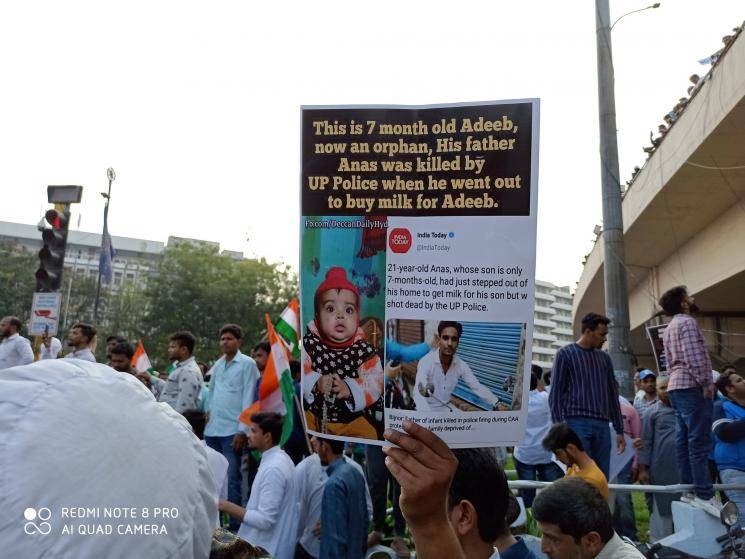 Muslim women, housewives and elderly, students, children - the participation was nearly complete from all walks of life and the business owners from markets like the Pathargatti also downed shutters in solidarity and showed up for the march. This is the largest protest against CAA organised in the city to date.

The #HyderabadMillionMarch ended with protesters singing the National Anthem and then they began cleaning the place. pic.twitter.com/tSOnMuuyUF