SHOCKING: This popular actor dies by suicide at the age of 28!

Former child actor Houston Tumlin died by suicide at the young age of 28. According to a report on USA Today, Houston Tumlin breathed his last on March 24, Wednesday, at his house in Pelham, Alabama. It is said that Tumlin died from a self inflicted gunshot wound. The reason for his suicide is not yet known and the Police officials have initiated the investigation process. Tumlin will be best remembered for playing the character of Walker Bobby in Talladega Nights: The Ballad of Ricky Bobby. Houston Tumlin and Grayson Russell (who played his younger brother - Texas Ranger) were raved for their performances in the hilarious dinner table scene which has an iconic fan following.

Talladega Nights was the only film in which Houston Tumlin acted and it was a memorable outing for him. Tumlin's girlfriend, Charity Robertson took to her official Facebook page to mourn the former actor's demise. Charity Robertson's sweet and emotional note about Tumlin read, "I’ve never experienced a hurt like this before. I feel numb, I feel defeated, I feel lost. I feel empty. My heart is absolutely shattered. My sweet, sweet baby.. Our time together was one of the best experiences of my life. I’ll miss your big heart, caring spirit, infectious laughter, & oh man could the list go on. I love your smart mouth, your “i’m always right” attitude (🙄), your hugs, your kisses, your touch.. Just YOU! I just still feel like this is a really bad dream that I can’t wake up from. One thing is for sure though, I have the absolute best guardian angel a girl could ever wish for cause everybody knows you don’t play about me 😂😘 I love you so much Houston Lee & thank you for loving me so passionately and unapologetically for the time we had each other".

As per the reports, Tumlin's mother has stated that the Talladega Nights actor was suffering from PTSD and other mental issues for the last few months. This incident has come as a big shocker among the people of America and the fans of Tallageda Nights. 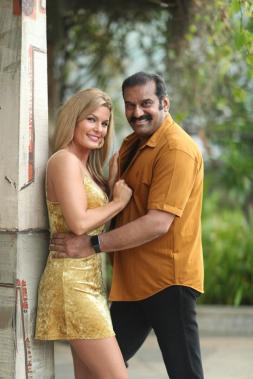