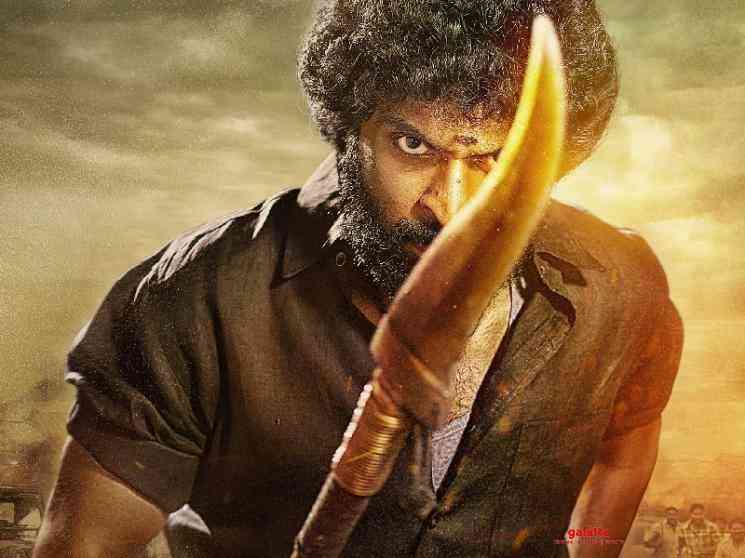 We have been witnessing several notable Tamil biggies going directly to digital streaming platforms without having a theatrical release due to the pandemic and Corona scare. On that note, Sun TV took an interesting path to make films that directly release on their television channel (direct TV release). As part of the plan, Sundar C's production venture, Naanga Romba Busy released directly on Sun TV on Diwali day and it was watched by a wide number of audience. Naanga Romba Busy was directed by Badri and it featured Prasanna, Shaam, Ashwin Kakamanu, Yogi Babu in the lead roles. It was the official Tamil remake of Kannada comedy film, Mayabazar 2016. The film was out Sun NXT OTT platform on the next day after the television premiere.

Following that, Sun TV is now ready with their second direct release which is all set to premiere on the television for the festive occasion of Pongal. This film is titled Pulikkuthi Pandi and it features Vikram Prabhu in the lead role. This rural action entertainer is directed by Muthaiya who is known for directing films like Kuttipuli, Komban, Marudhu, and more. The entire shooting of Pulikkuthi Pandi has been completed and the makers are busy with the final leg of post production works. The shooting happened amidst the pandemic with all safety precautionary measures taken. The film will have a direct television premiere on Pongal day and we may expect the digital release to happen a day after.

Sun TV has now officially released the first look poster which gives us a glimpse of the lead character. Vikram Prabhu's rugged makeover looks interesting and he shines in this poster. It has been quite a long time since we saw Vikram Prabhu in a rural based film and let us hope to see a newer dimension of him in the film. He is paired opposite Lakshmi Menon in this film and notably, the film marks her comeback film in Tamil cinema. KPY Dheena will be seen in a comic role in the film.

Produced by Muthaiya's M Studios, in association with Sun Entertainment, Pulikkuthi Pandi has music scored by NR Raghunandhan and cinematography handled by R Velraj. The first look poster has been garnering good attention on social media and we are just two weeks away from witnessing the film. Check out the first look poster here: