'Superstar' Rajinikanth is set to begin the shooting of the tentatively titled Thalaivar 169, under Nelson Dilipkumar's direction. Announced to be blockbuster production banner Sun Pictures' next venture, a video was released a couple of months back that revealed the team of the upcoming film, which also includes music director Anirudh Ravichander. That being said, there has been quite a lot of talk lately surrounding Thalaivar 169, with rumors regarding Nelson directing Rajinikanth. Nelson, whose Beast starring 'Thalapathy' Vijay took a sensational opening recently during its release, addressed the reports on Monday and once again gave a confirmation that he is indeed directing the Rajinikanth-starrer by adding the #Thalaivar169 hashtag to his Twitter bio.

With Nelson's new Twitter bio reading - "Writer/Director - #KolamaavuKokila, #Doctor, #BEAST, #Thalaivar169", Rajinikanth too has followed suit and changed his header on the micro-blogging platform. The veteran actor has now changed his Twitter header with a screengrab of himself from the Thalaivar 169 announcement and indirectly reconfirmed his collaboration with Nelson under the Sun Pictures banner. These latest actions from both Rajinikanth and Nelson have shut down all rumors about Thalaivar 169 not happening, which will no doubt come as a big relief to many who were left confused by the rumors and speculations. Check out Rajinikanth's Twitter header below: 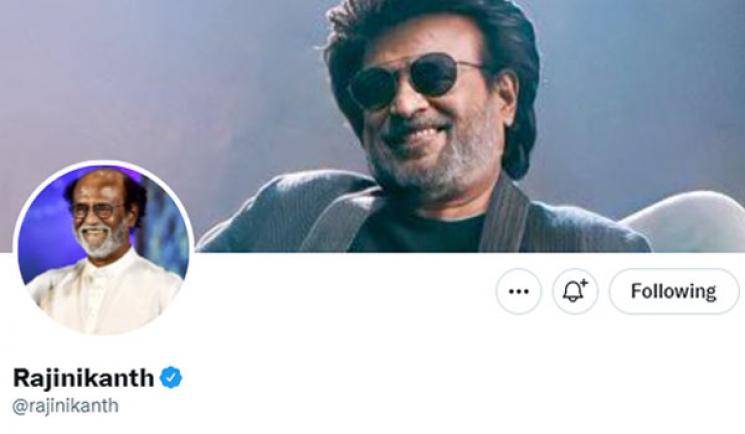 Expectations for Thalaivar 169 have been massive ever since the announcement video was released and the wait is now on for the film to flag off production. Rajinikanth, Nelson, and Anirudh will be looking to fire on all cylinders with their venture, which will likely be coming out as an early 2023 theatrical release. As of now, pre-production works are ongoing for Thalaivar 169 and fans are waiting to get a glimpse at the rest of the film's cast and technical crew, which will be revealed when production finally kicks off.

The most important life lessons everyone must learn from KGF: Chapter 2 - Don't Miss!

Kajal Aggarwal and her husband reveal the name of their baby boy | Heartfelt statement out!

Catch the fun-loving teaser of Nani - Nazriya's next film | Try not to miss this!