For the last two to three days, there have been wide rumours regarding Superstar Rajinikanth's announced next film with director Nelson. Speculations were rife that the said project might not happen as announced, adding that the director of the project might be changed. The rumours turned out to be the hot topic on social media since this morning. However, director Nelson says 'Better Luck Next Time' to the people who were spreading these rumours. Following all the rumours and speculations, director Nelson updated his Twitter bio to clear the air.

Nelson added #Thalaivar169 to his bio and his new bio reads - "Writer/Director - #KolamaavuKokila, #Doctor, #BEAST, #Thalaivar169". The fans have taken a notice of this updation, confirming that there is no change in plans, as far as Thalaivar 169 is concerned. As already announced, Superstar Rajinikanth and Nelson will work on the project and it will be produced by Sun Pictures on a grand scale. Nelson is currently said to be busy with the pre-production works of his next movie and the film is expected to go on floors around August. Nelson will be looking forward to showcasing Rajinikanth in a completely different dimension, providing a feast for the fans.

Thalaivar 169 will have music composed by Anirudh Ravichander, but the rest of the cast and crew are yet to be officially announced. Director Nelson's latest film, Beast, starring Thalapathy Vijay in the lead role, is running successfully in the theatres. Despite the mixed reviews from the critics, the film has delivered a solid performance at the box office with extensive support from the family audience. Beast features Pooja Hegde as the female lead and has Selvaraghavan, Yogi Babu, VTV Ganesh, Shine Tom Chacko, Aparna Das, and others in crucial roles. Manoj Paramahamsa handled the cinematography for this film that had stunts choreographed by Anbariv masters. 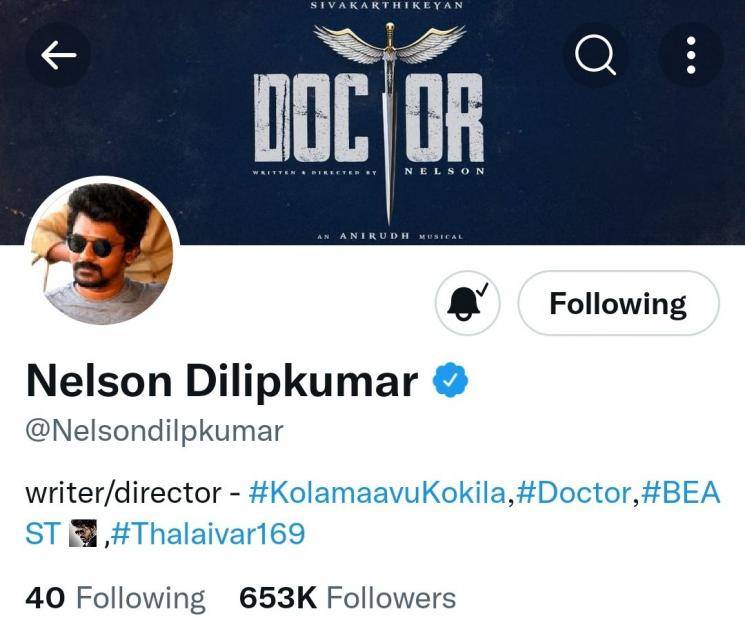 Veteran producer passes away - Sivakarthikeyan pens a heartfelt note on his producer's death!

Chiranjeevi - Ram Charan hit the ball out of the park with their latest song from Acharya - Don't miss it!