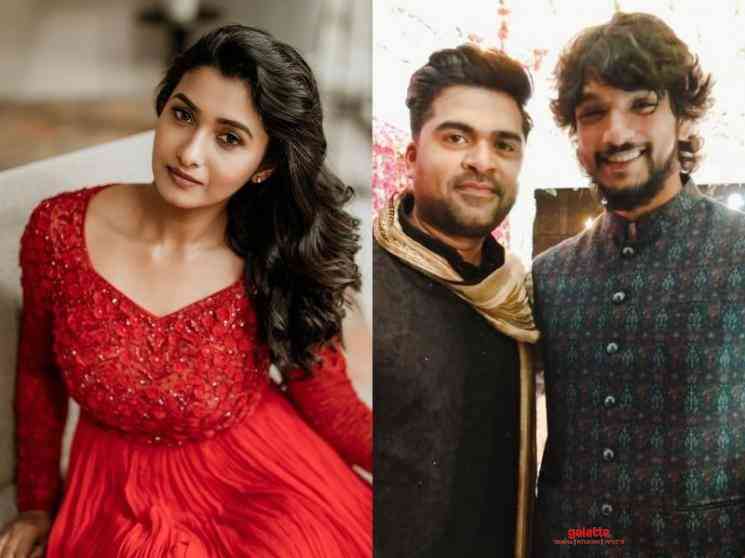 Priya Bhavani Shankar has been a youth heart-throb ever since her days as a news presenter, with her popularity surging after she entered the television industry. She hit the jackpot after her appearances in the smash hit Meyaadha Maan, Karthi's Kadaikutty Singam, Monster opposite SJ Suryah, including Mafia: Chapter 1, which hit theatres earlier this year. All set to be next seen in Atharvaa's Kuruthi Aattam, Oh Manapenne opposite Harish Kalyan, Bommai once again with SJ Suryah, Kalathil Santhipom alongside Jiiva, Arulnithi and Manjima Mohan, director Chimbu Deven's mutli-starrer Kasada Thapara, including Ashok Selvan's recently-announced film and Kamal Haasan's biggie Indian 2, Priya Bhavani Shankar has now been announced to be a part of the upcoming Silambarasan TR and Gautham Karthik starrer Pathu Thala under Obeli N. Krishna's direction.

Being produced under the Studio Green banner, Pathu Thala director Krishna in an interview to Times of India revealed the news of Priya Bhavani Shankar being cast in the gangster action drama. Revealing that he met the actress two weeks back and finalized her to be a part of the film, the Sillunu Oru Kaadhal filmmaker said, "Priya plays a tehsildar in the film. She is a strong, self-made woman, who doesn’t hesitate to take a decision if she feels it is right. It’s a bold character and the arc is quite interesting." He further added, "I needed a typical Tamil ponnu for the character. I’ve seen some of her earlier films and felt that she was very natural and effortless as an actor. I also didn’t want to cast someone who has done something similar before. This role will be a big plus in her career." It is to be noted that Priya Bhavani Shankar has been cast opposite Gautham Karthik, with Simbu not being paired with anyone.

Studio Green's 20th venture, Pathu Thala has been revealed to be a remake of the blockbuster Kannada hit film, Mufti, Simbu and Gautham Karthik will be reprising the roles played by Shiva Rajkumar and Sri Murali as a gangster and an undercover cop, respectively, with filming mostly set to be carried out in the Kanyakumari district from the first week of February 2021. Krishna is directing Pathu Thala after the original Kannada film's director Narthan left the project. Pathu Thala's story has been written by Narthan, but Krishna has stated that he has rewritten it in his own style, with the script and the screenplay getting changed to a good extent. Krishna had earlier stated that he will be retaining only a scene or two from what director Narthan had previously canned during their 10-day shoot for the political mafia thriller, with reshoots set to be carried out and STR revealed to be getting a new look for his role.