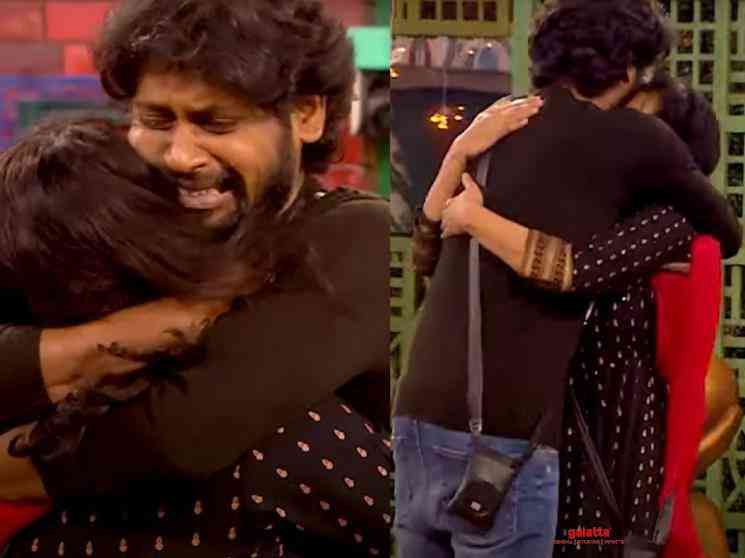 The contestants of Bigg Boss 4 Tamil are witnessing the entry of their family members, as part of the 'Freeze' task. Last night's (December 29) episode garnered huge attention on social media after Shivani's mother's presence in the show. Shivani's mother, Akila expressed her disappointment about Shivani's gameplay and was angry that she was mostly under the shadow of Balaji. She was also angry that she got influenced by Balaji at several places. Akila's strong reaction received a mixed response from the viewers. While a certain section of people felt that Shivani mother's anger was right and justifiable, another set of people felt it was quite too harsh.

After Shivani's mother went out, Balaji felt guilty about Shivani and he also shed tears. It is going to be interesting to see some new changes in Shivani's game after her mother's advice. Later, Balaji's brother visited him and it was a fun encounter. Balaji's brother, Ramesh told him that he is playing a good game and asked him to continue the same. The task will happen for the rest of the week and in today's (Dec 30) earlier released promo, we saw Ramya Pandian's mother and brother coming to the house.

Ramya's mother asked everyone to talk about their problems directly instead of talking behind someone's back. Following that, Vijay TV has now released the second promo for tonight's episode and in this promo, we see Rio's wife Sruthi entering the Bigg Boss house. Rio instantly runs to her and hugs her and there is a beautiful exchange of emotions. We know that Rio loves his wife Sruthi and daughter Rithi so much and we have seen him express his love for them on several occasions in the past. Rio cries in happiness and is so happy to see his wife after a gap of 3 long months.

Rio's daughter, Rithi is not seen in the promo and it looks like she is not going to be there. Considering the current Covid-19 situation, it looks like they did not want to bring the little kid into the show. However, Rio seems to be happy and glad about seeing his wife. In a fun chat, Rio's wife sarcastically talks about an incident where Rio lifted Ramya, a few weeks back. Sruthi's entry in Bigg Boss is backed by the magical 'Kadhale Kadhale' song from 96. Check out the promo video here: