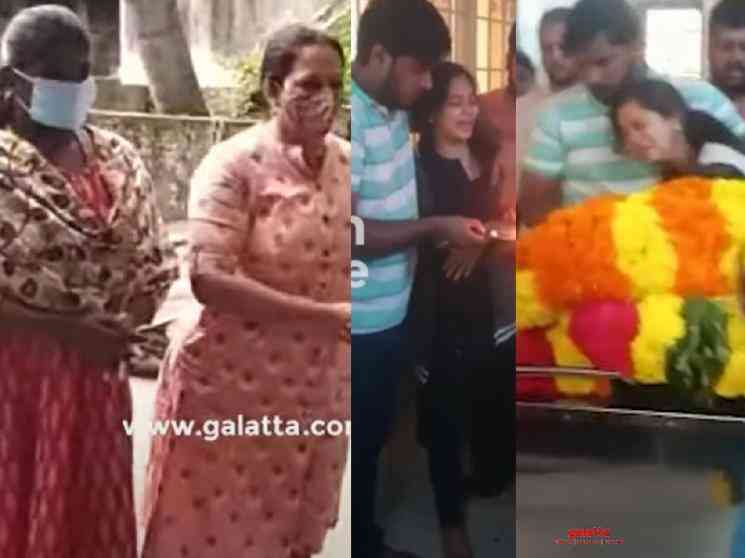 Bigg Boss fame Anitha Sampath's father passed away during the early hours of Decemeber 29 and his demise came as a shocker for the people of Tamil Nadu. Anitha had just got evicted from the Bigg Boss house and was all excited and happy to see her family members. However, she was not able to meet her father since he went on a trip to Shirdi. While returning to Chennai in train, Sampath breathed his last. Anitha was heartbroken after hearing the news and she felt so bad about not getting to see him normally after her Bigg Boss exit. Anitha revealed that she saw him last before going on quarantine for the Bigg Boss show.

Anitha also shared that her father suffered from acute ulcer. The popular news reader also expressed her thoughts about the unexpected incident and said that life is unpredictable. Sampath is a popular Tamil novel writer who has written several notable books. His work is well known among the Tamil literature followers. RC Sampath was 62 years old when he breathed his last. His mortal remains is currently kept at Anitha's residence in Chennai for the family and friends to pay their final respects.

Jithan Ramesh also shared his condolence message on social media. Sharing a throwback picture of writer Sampath, Ramesh had wrote, "Rest in peace Mr. Sampath father of Anitha Sampath who has passed away due to cardiac arrest. My hearty condolences to Anitha Sampath and her family." Suresh Chakravarthy shared his condolences on his official Twitter page. He tweeted, “Heartfelt condolences to Anitha and her family. Please be civil when someone loses a family member and postpone your sarcasm and let them mourn in peace”. Details regarding the final rites and cremation is awaited. For now, check out the video of Archana, Nisha, Rekha, and Suresh Chakravarthy paying their final respects to Anitha's father here: