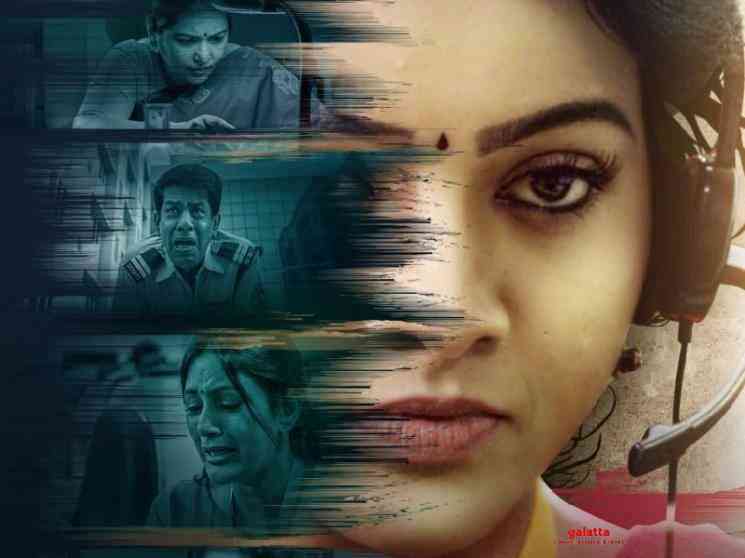 The first look poster of late serial actress Chitra’s debut Tamil film, Calls, was officially released this morning (December 13). Unfortunately, Chitra’s debut film is also her last film. Calls is an upcoming Tamil thriller that features Chitra in the lead role and the shooting of this movie is fully completed. The film is currently in the post-production stages and the makers are planning to release the film early next year. The film is directed by debutant J Sabarish who has also shot the film as a cinematographer. Calls has music scored by Thameen Ansari and art direction by Ramu Thangaraj - Jana Prathap. Produced by S Jayakumar and J Kaveri Selvi under the banner of Infinite Pictures, this cyber thriller features Devadarshini, Sundarrajan, Vinodhini Vaithyanathan, Jeeva Ravi, Sri Ranjani, Nizhalgal Ravi in supporting roles.

The first look poster looks promising and sets a serious mood. The poster has got a very good reception from the fans and it has made everyone emotional. The film’s trailer is planned to release on January 1, 2021. The shooting of Calls was wrapped up at the beginning of this year. It is unfortunate that Chitra is not alive to see her debut Tamil film. However, let us wish that the film succeeds well and leaves an impact on the viewers. It can be noted that a similar occasion happened a few months before when Sushant Singh Rajput died when his movie, Dil Bechara was about to release. When the film released after his death, it made the viewers very sad and heartbroken and the film gave mixed feelings. Calls may also give such a mixed feeling to the viewers during the time of the release.

For the uninformed, Chitra is a popular Tamil serial actress who rose to fame after playing the role of 'Mullai' in the ongoing Vijay TV serial, Pandian Stores. On the early hours of December 9, Chitra died by suicide at a private hotel in the outskirts of Chennai. Her demise came as a shocker for the entire state of Tamil Nadu. The Police officials are investigating the case from various angles. For now, check out the first look poster of Chitra's first and last Tamil film, Calls here:

It's Time To Unveil The Poster Of The Women Who Was Full Of Dreams!!
Here Is The First Look Poster Of The Most Enthusiastic Actress VJ Chitra's Debut Movie "Calls", With A Strong Influencive Look! #vjchithucalls #callstamilmovie #calls #vjchitra #vjchithu #callsmovie pic.twitter.com/HMRFqPNFoa