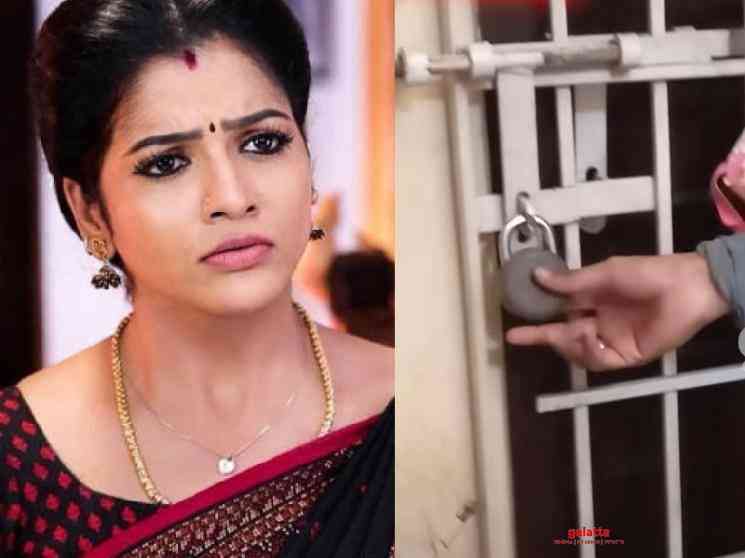 Popular Tamil serial actress Chitra, fondly known as Chithu VJ, died by suicide on December 9. She was reportedly found hanging at a private hotel room at Nazarethpettai. We had reported that Chitra decided to stay at a hotel on 8th (December) night since the shooting got over late in the night. She was accompanied by her husband, Hemanth, who is an entrepreneur. Chitra’s father Kamaraj, in one of his interviews, revealed that his daughter and Hemanth had a registered marriage in October and a grand wedding reception was planned in February 2021 to make everything official. Unfortunately, the situation turned worse and heartbreaking after Chitra died by suicide.

Chitra’s mother accused Hemanth of being one of the main reasons for her daughter’s demise. Chitra’s mother revealed that her daughter is not a coward to commit suicide, adding that she is a strong and lovable person. Chitra’s mother raised doubts and suspicion regarding the incident and requested the press and media, and the fans to voice for the justice of Chitra. Having said that, Galatta Media visited Hemanth’s house in Chennai to interview him and his parents to know about their side of the story. However, they were not there in the house and the door was locked.

When our team enquired the people in the neighbourhood, they informed us that Hemanth’s parents left the house on December 9th night (after Chitra’s death which happened on that morning) around 8.30 PM. The neighbourhood people were not comfortable in answering several questions and it looks like Hemanth’s family members asked them not to talk about anything.

One of the neighbours told us, “I have been living here for the past 1 year. Chitra’s father and family members came here on Monday morning and they were talking about fixing the marriage hall. All of them went in a car to someplace. We do not know about the problem. Chitra died on 9th morning and on that night around 8.30 PM, Hemanth’s parents left the house. They told us that they will be back here in another 4 days, but we are not sure about it,”. Well, it looks like Hemanth and his parents have left to an undisclosed place and they may return only when the situation returns to normal.

The Police officials have been investigating Hemanth about Chitra’s death and further details are awaited. Stay tuned.