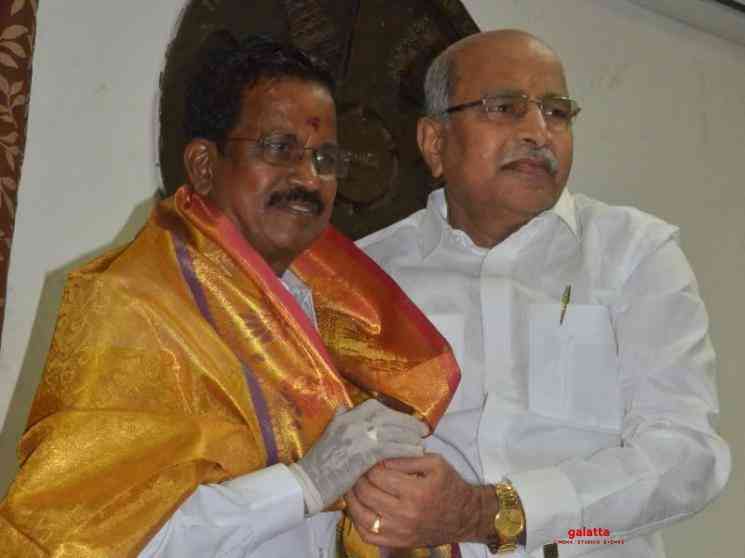 Reputed South Indian film producer Kalaipuli S. Thanu established himself as an important person in the film industry with his V Creations production house banner. Starting as a film distributor in Tamil cinema in 1971, the veteran producer went on to also be appointed as the President of the South Indian Film Chamber of Commerce and Tamil Film Producers Council over the years. In that light, Kalaipuli S. Thanu has added yet another feather in his cap as he has been unanimously elected as the President of the Film Federation of India at the 67th General Committee meeting.

This new accomplishment has come for Kalaipuli S. Thanu as he completes 50 years in the film industry after entering the world of entertainment as a distributor and producer in 1971. The well-respected producer has over the past 25 years gone on to produce and distribute several notable box office blockbusters and bring wide recognition to Tamil cinema. At a time when there are producers waiting for the call sheet of actors and actresses, there are big stars who are looking to collaborate with Kalaipuli S. Thanu, says Katragadda Prasad.

Notable film industry producers namely S. S. Vasan, Nagi Reddy among others have previously held the position of the President of the Film Federation of India, with Kalaipuli S. Thanu now joining the league. He will commence his duties in his new designation from January 1, 2021 for a duration of the next one year, with C. Kalyan, C. P. Vijayakumar, N. M. Suresh, Ananda L. Suresh and T. P. Agarwal coming on board as his deputies.

On the production front, Kalaipuli S. Thanu's last venture under his V House banner was the 2019 blockbuster Asuran starring Dhanush under Vetri Maaran's direction, with the film currently being remade in Telugu with 'Victory' Venkatesh under the title Naarappa and will be hitting screens in 2021. Likewise, Thanu's upcoming Tamil films include the much-awaited Karnan with Dhanush once again, which has been directed by Pariyerum Perumal fame Mari Selvaraj, with post-production works currently underway. The acclaimed producer is also bankrolling the highly-anticipated Vaadivaasal starring Suriya with National Award-winning director Vetri Maaran. Director Selvaraghavan too recently announced that he is collaborating with Kalaipuli Thanu for a film with Dhanush and featuring music by Yuvan Shankar Raja.