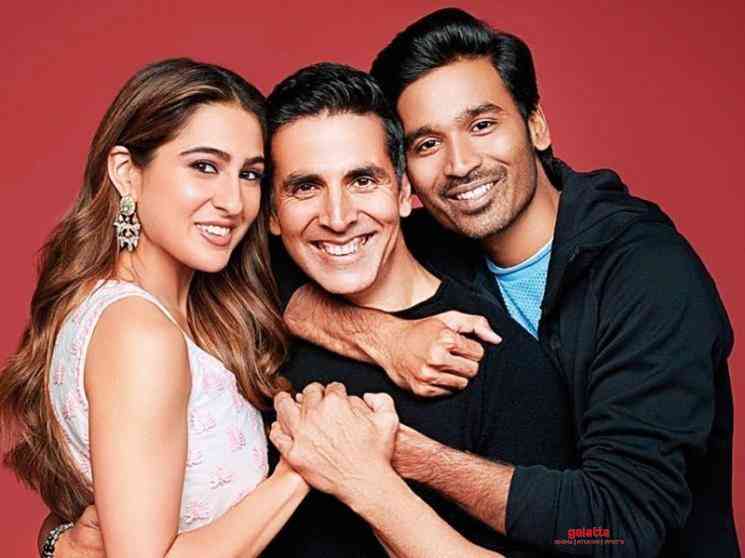 National Award-winning actor Dhanush is all set to give his fans plenty of reasons to celebrate in 2021 as he will be bringing out several of his ventures out in theatres. To be seen next in films starting with Karthik Subbaraj's gangster drama Jagame Thanthiram, followed by Pariyerum Perumal director Mari Selvaraj's Karnan, Ratsasan director Ramkumar's D42 and Karthick Naren's tentatively titled D43 under the Sathya Jyothi Films banner, Sun Pictures’ D44, director Vetri Maaran's project being produced by Elred Kumar's RS Infotainment banner, including being recently announced to be a part of Chris Evans and Ryan Gosling's Hollywood Netflix venture, The Gray Man, under the Avengers: Endgame director duo The Russo brothers, Dhanush had also been cast in a lead role alongside Bollywood superstar Akshay Kumar and Sara Ali Khan in the highly-anticipated Hindi film, Atrangi Re.

A major schedule for Atrangi Re was being filmed at Delhi for nearly a month under Aanand L Rai, with the news now coming in that shooting on the entire film has come to an end. Although Akshay Kumar is not to be seen, pictures of the Atrangi Re wrap up party with Dhanush, Sara Ali Khan and director Aanand L Rai are now doing the rounds on social media, with the cast and crew having a good time at the celebrations. The upcoming film has a screenplay by Himanshu Sharma and is being produced jointly by T-Series, Colour Yellow Productions and Cape of Good Films banners, with music being composed by Academy Award-winning composer A. R. Rahman.

Atrangi Re marks the reunion of Dhanush and Aanand L Rai after their blockbuster 2013 romantic drama film, Raanjhanaa. Shooting spot pictures of Akshay Kumar and Sara Ali Khan in what appeared to be the duo dressed like Shah Jahan and Anarkali from Mughal E-Azam went viral on the internet a few days back, with expectations for the film instantly shooting upwards furthermore. With the film now wrapped, it remains to be seen whether the makers will get the film out in theatres as a 2021 Valentine's Day release as announced earlier. Below are the pictures from the Atrangi Re shoot wrap up: