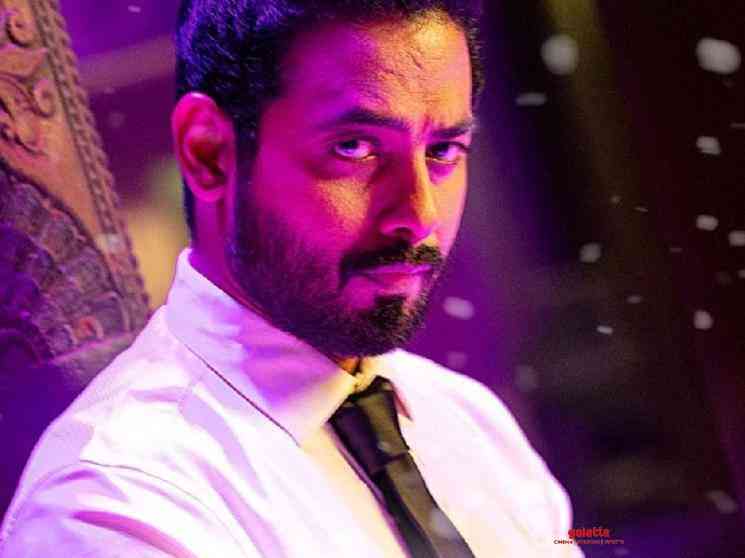 Actor Aari Arujunan is currently inside the Bigg Boss house and he has become one of the most loved contestants of this season. His honest and individual game play has impressed the masses and he is considered to be a strong contender for becoming one of the finalists of this season. Recently, the first look and motion poster of Aari's new film was launched at the Bigg Boss house and it created a sensational buzz on social media. The film was called Bagavan and Aari's whacky makeover looked intriguing. The housemates celebrated the moment and Aari also felt happy about it. He informed the viewers and housemates that Bagavan will be a very different film and will talk about some interesting topics.

Following that, the first look poster of Aari's yet another film has now been released and it has been garnering good attention among the fans. This new film is called Aleka and it features Aari and Bigg Boss: Season 2 fame Aishwarya Dutta in the lead roles. The film is directed by debutant SS Rajamithran and has songs composed by C Sathya. RK Sundar will be taking care of the background score, while K Dhillraj has handled the cinematography. Karthik Ram has edited the film. Aari looks stylish and smart in this first look poster and lets hope that this film turns out to be a good success for him after Bigg Boss.

The shooting of Aleka has been completed already and the makers are currently busy with the post-production works. Once Aari is out of the Bigg Boss house, we can expect announcements regarding the film's release plans. The makers have mentioned in the first look poster that the trailer of the film will be releasing very soon. Can we expect the trailer to be launched in the Bigg Boss house? Let us keep our fingers crossed and wait for the official updates. With back to back exciting announcements from Aari's professional front, the fans are super excited.

Bigg Boss has been an important platform that has given a breakthrough for actors like Harish Kalyan, Raiza, Bindhu Madhavi, Aarav, Losliya, Kavin, Mahat Raghavendra, and let us hope Aari's popularity and support in Bigg Boss is reflected in the success of Aleka, Bagavan, and other movies. For now, check out the newly released first look poster of Aari Arujunan's Aleka here: