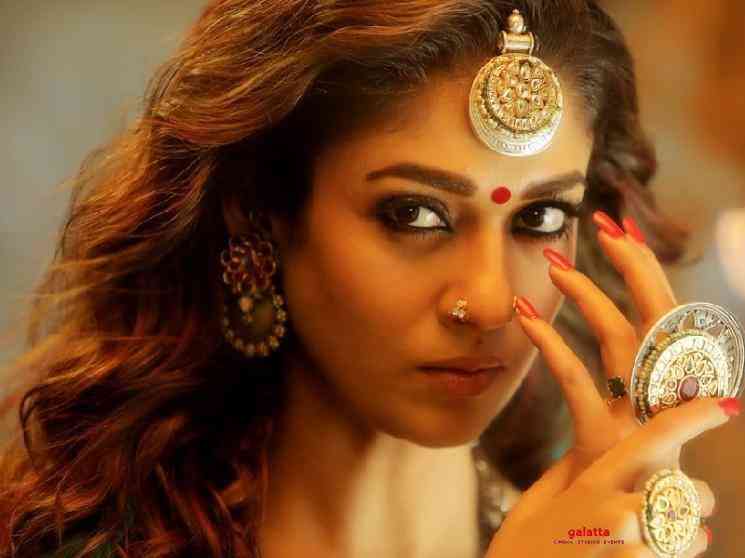 Recently, a section of media had reported that Lady Superstar Nayanthara would be acting in the biopic of Rani Velu Nachiyar, who was the Queen of Sivaganga. Velu Nachiyar is known as the Veeramangai and she was the first Indian Queen to wage war with the East India Company in India. Reports claimed that this period film will be directed by Susi Ganesan of Thiruttu Payale fame. However, Nayanthara has now denied the news as a baseless rumour and has clarified that she is not part of any such projects. Nayanthara's official PR team released an official statement regarding the same.

"Certain news stating that Ms. Nayanthara is a part of period film based on the life of Queen Velu Nachiyar has been circulating in some sections of the media. Ms Nayanthara categorically denies such a movie and we voice her opinion on the same to the media. This is a baseless rumour and on behalf of our client we request the media to verify the facts before publishing. Verification is just a call or message or mail away", the statement read. This immediate clarification from Nayanthara has put an end to all the speculations and rumours.

Currently, Nayanthara has several interesting projects in her pipeline and all the projects are in different stages of production. She has completed the shooting of Netrikann which is currently in the post-production stages. The teaser of this film, which released a few weeks before, received a very good response from the fans and made everyone look forward to the film. She plays one of the female leads in her partner Vignesh Shivan's directorial, Kaathuvaakula Rendu Kaadhal that has Makkal Selvan Vijay Sethupathi and Samantha as the other leads. Produced by Lalit Kumar's 7 Screen Studios, this romantic comedy entertainer has music scored by Anirudh Ravichander. Nayanthara also plays an important role in Superstar Rajinikanth's Annaatthe, directed by Siva and produced by Sun Pictures.

In Malayalam, she had recently completed the shooting of Kunchacko Boban's Nizhal. The Viswasam actress will also be seen as the female lead in Premam director Alphonse Puthren's next film, Paattu that has Fahadh Faasil playing the lead role. On the production front, Nayanthara, along with Vignesh Shivan will be presenting two quality Tamil films - Koozhangal and Rocky, which are expected to release early next year. Happening days ahead for the talented actress.

Media note from the PR team of Actress #Nayanthara pic.twitter.com/4lRHRpoQ77