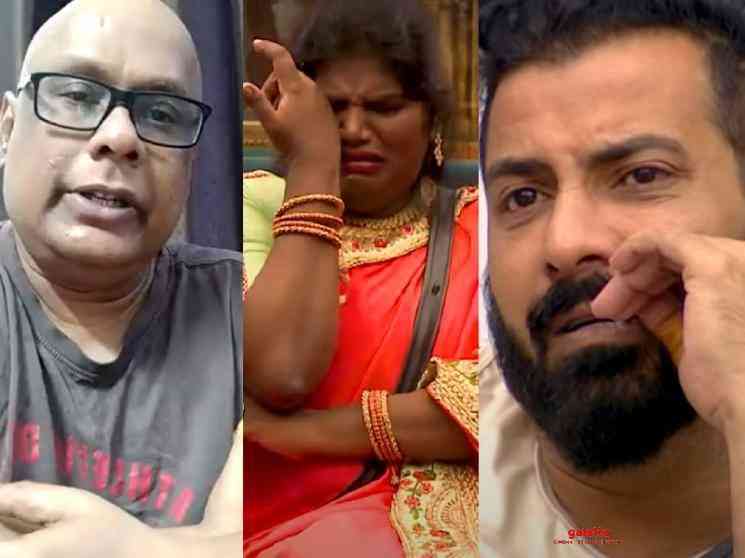 In an unexpected turn of events, Anitha Sampath’s father, Sampath passed away this morning. He was 62 years old when he breathed his last. Anitha, while sharing the news with her followers and well-wishers, informed that her father had acute ulcers which could have probably caused death. She also revealed that he was not able to eat for the past two days due to the same. Anitha felt bad that she could not see her father on a happy note after coming out of the Bigg Boss house. Anitha saw her father before entering the Bigg Boss house and it has been close to 100 days since she saw him. When she came back home after getting evicted, her father went on a trip to Shirdi.

However, while returning back home from Shirdi, Sampath breathed his last. His mortal remains is expected to be brought to Chennai by early in the morning, tomorrow (December 30). Anitha was always fond of her parents and we’ve seen her express her feelings for them during the game show. The fans are expressing their heartfelt condolences on social media and Sampath’s untimely demise has disturbed a lot of people.

Anitha’s friends from the Bigg Boss 4 house also took to their respective social media platforms to share their condolence messages. Jithan Ramesh posted a throwback picture of Sampath and wrote, “Rest in peace Mr. Sampath father of Anitha Sampath who has passed away due to cardiac arrest. My hearty condolences to Anitha Sampath and her family.”. Similarly, Aranthangi Nisha, wrote, “Anitha ethkum kavala padatha epovum Appa unkooda than irupanga. nanga epovum unkooda unaku thunaya irupom. May his soul rest in peace”. Nisha's post is loosely translated in English as, "Anitha, don't be worried about anything. Father is always with you. We will all stay by your side forever. May his soul rest in peace".

Suresh Chakravarthy shared his condolences on his official Twitter page. He tweeted, “Heartfelt condolences to Anitha and her family. Please be civil when someone loses a family member and postpone your sarcasm and let them mourn in peace”. We may see Anitha’s friends from Bigg Boss, tomorrow at the funeral event.

For the unversed, Anitha Sampath is a popular news reader and budding actor, who recently gained wide popularity after participating in the fourth season of Bigg Boss Tamil. She created a sensational impact during her stay and her game play garnered good attention on social media.

Heartfelt condolences to Anitha and her family.