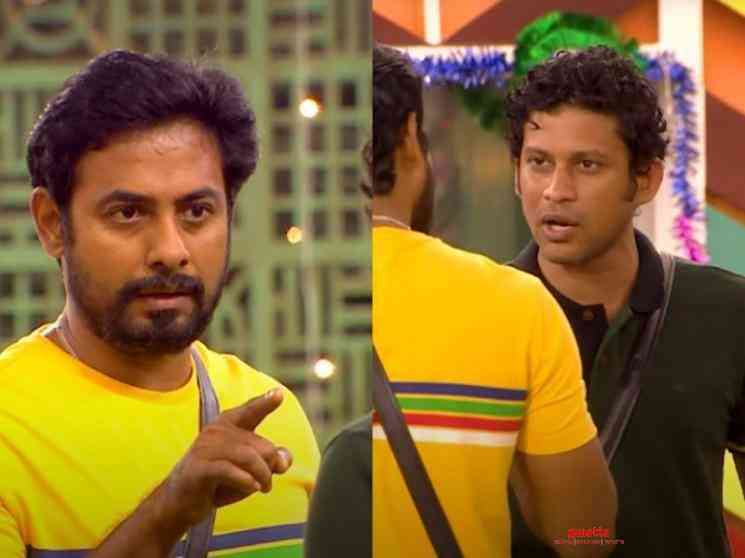 The fourth season of the hit Tamil reality TV show Bigg Boss is underway and in its third month with a huge finish expected in less than 4 weeks. Actor-politician 'Ulaganayagan' Kamal Haasan has been enthralling fans every weekend since the show kicked off in early October, by sharing his words of wisdom while addressing each of the Bigg Boss Tamil season 4 contestant's activities. So far, nine contestants have been evicted from the Bigg Boss 4 house among whom include Velmurugan, Suresh Chakravarthy, Samyuktha Karthik, Rekha Harris, Sanam Shetty, Aranthangi Nisha, Jithan Ramesh and the wildcard entrants Suchithra and Archana, while Aari, Rio Raj, Balaji Murugadoss, Gabriella Charlton, Aajeedh, Shivani Narayanan, Ramya Pandian, Anitha Sampath and Som Shekhar are the remaining housemates.

In the third promo for day 79, we see the events from the earlier promos in continuation, with the contestants being assigned the new 'Ball Catch' task. As known by now, the contestants are split into two teams in this latest task and are asked to catch the balls in different sizes that come down through a long pipe. In this latest promo released by Vijay TV, we see the contestants being caught unaware by a siren announcing that the 'ball catch' task has commenced, who all immediately rush to the pipes specifically erected. In what is supposed to be a jolly and fun task, we see things take a different turn when Aari and Som Shekhar get into a clash and both of them exchange their opinions. We see Aari making it clear to Som that he and the other contestants are not supposed to touch anybody during the task. Aari further states that Som ir anyone can push and play during the task, with the latter questioning the reasoning behind his statement. Aari goes on to explain that it's the only way the task can be played, while also adding that he had jumped only to catch the ball and had no intention to hurt him. Som goes on to apologize for his question, but eventually loses his cool and questions Aari what big mistake he had committed.

We see Anitha Sampath making efforts to bring a resolve by intervening, but fails as the argument between Aari and Som Shekhar continues to escalate. Towards the end, Aari asks Som if he ever touched the ball, who says that he tried doing so. The promo concludes with Aari stating sternly to Som to watch out for him and how he will next get into the game to catch hold of the ball. This latest Bigg Boss Tamil season 4 promo shows that there is still some unresolved tension between Aari and Som Shekhar and it remains to be seen whether this latest argument goes on to get worse or simmer down altogether. Watch the Bigg Boss Tamil Season 4 | 22th December 2020 - Promo 3 below: