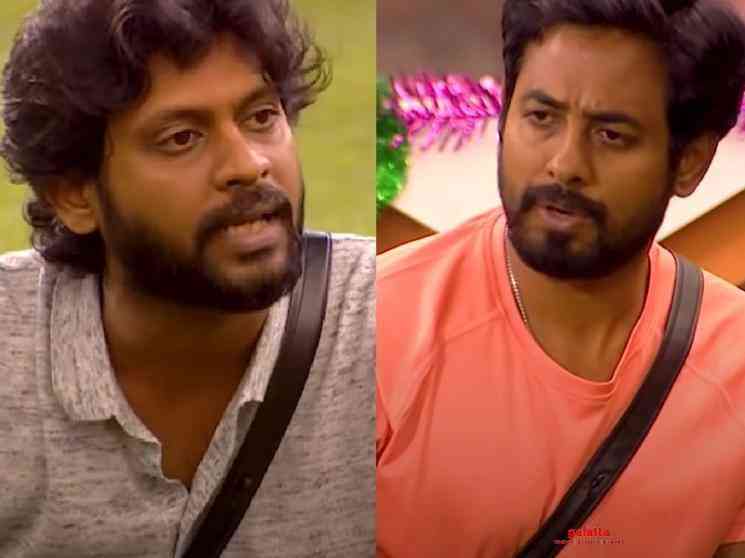 Since yesterday (December 22), the housemates in the fourth season of Bigg Boss Tamil have been playing the ball catch task that consists of different levels. Each level was introduced with a new change and new rule. We saw the housemates dividing themselves into two teams. Rio Raj, Som Shekar, Gabriella, and Ramya Pandian played together in one team while the other team included Aari, Balaji Murugadoss, Shivani Narayanan, Anitha Sampath, and Aajeedh. We saw several arguments and miscommunications between the housemates, but unfortunately, the task never managed to engage the audience. The netizens felt that this was the most boring task in the history of Bigg Boss and felt that there was no engagement.

In today's (December 23) earlier released promo, we saw the housemates entering the next level of the Ball Catch task where each one of them would be individually called and asked to catch the ball. Balaji slipped and missed the ball. Som Shekar caught a few balls and Ramya also managed to catch one. Following that, Vijay TV has now released the second promo for tonight's episode and in this promo, we see the housemates being asked to rank themselves from 1-9 based on their performance and involvement in the ball catch task. We saw a similar kind of situation during the 'Call Centre' task and the discussions during the ranking were chaotic.

Let us see how the ranking discussion progresses this time. However, we see Rio getting pissed and angry at Aari for a certain point during the discussion. Rio claims that he has given his 100% effort for the task and claims to deserve a top place, but Aari has a different opinion. Additionally, Rio also points out that Aari is cornering him. We will have to watch the full episode to know who is being cornered and who is at fault. Aari has managed to earn a solid fan base through his individual game play and the fans are supportive of him after seeing this promo.

Aari is one of the five nominated contestants for this week's eviction process, along with Shivani, Anitha, Aajeedh, and Gabriella. Going by the online buzz, Aari is definitely going to be saved and we may expect either Anitha or Aajeedh to leave the house, this week. For now, check out the newly released Bigg Boss 4 promo here: