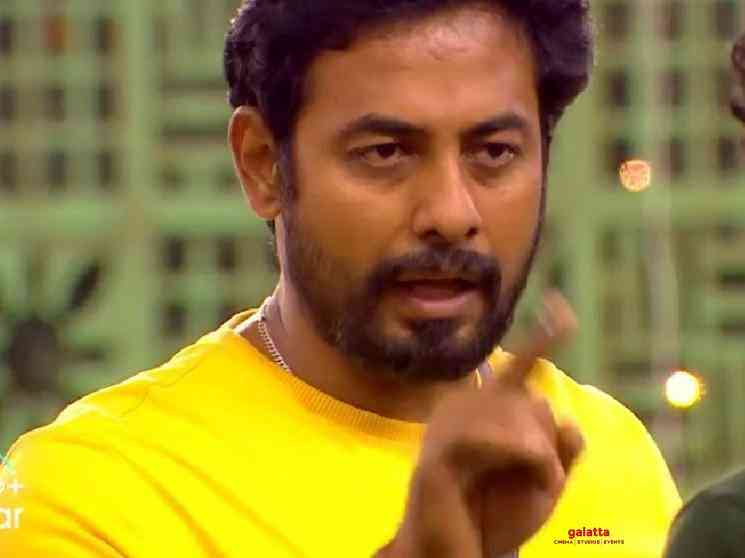 Actor Aari is one of the contestants of the ongoing season of Bigg Boss Tamil and he has managed to earn a phenomenal fan base after going inside the house. Aari's individual and honest game play has helped him really well and the majority of the audience have a positive image over him. However, the other contestants have not liked Aari and many of them have felt that he always projects himself in a good light by projecting others in a bad light. Despite being nominated in the eviction for most of the weeks, Aari was always saved by a huge margin of votes. A smaller section of the audience do have a problem with his game and the negative feedback can be seen on social media, but, majorly it has been only positive for the talented actor.

Having said that, popular music director and television show host James Vasanthan has now expressed his thoughts about Aari's game in the show. He went on to say that Aari is the title winner, according to him. The Subramaniapuram composer was surprised by the way Aari has managed to handle all the opposition inside the house without going overboard.

James Vasanthan's official statement reads, "Aari is the Title winner. That's a different matter. But, I wonder how this guy manages such animosity from all directions with such mettle! I just can't imagine myself holding ground, where everyone despises you, tricks you, accuses you and conspires against you. In spite of facing all these for the last 75 days, he's still arguing and debating on merits. He attacks issues but those around him attack the person that he is. In a house where players are locked up, isolated from the regular world, emotions boil, egos swell, self-esteems struggle and you become inconsistent in your thoughts and actions and your road to finish looks murky due to the intimidation from various quarters. Where everyone witnesses their own plans and strategies come tumbling down this guy stands like a man of steel. For some it may seem easy, but I'm overwhelmed.".

On the professional front, James Vasanthan is waiting for the release of his debut directorial titled Oh! Andha Naatkal which stars Khushbu Sundar, Radikaa Sarathkumar, Urvashi, and Suhasini Maniratnam in the lead roles. Produced by Miracle Entertainment, this friendship based drama has cinematography by Sharon Samuel and editing by VJ Sabu Joseph. The film is expected to release in the theatres early next year. For now, check out James Vasanthan’s latest Facebook post about Aari here:

Aari is the Title winner. That's a different matter. But, I wonder how this guy manages such animosity from all...