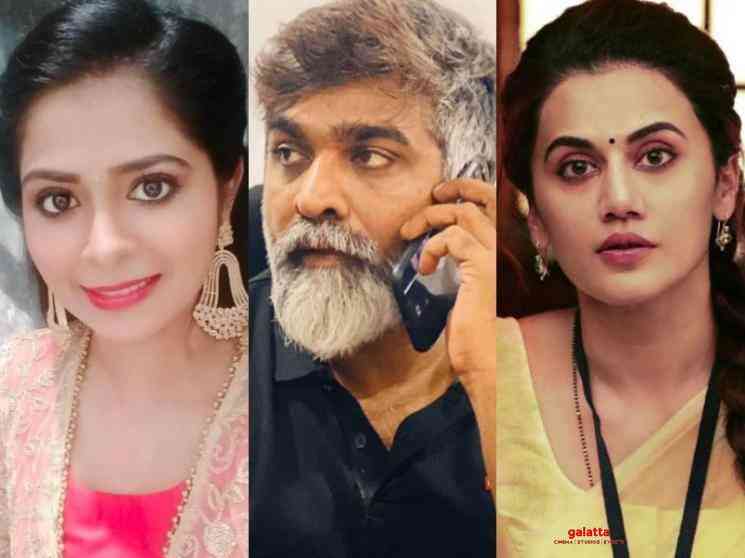 A popular name among Tamil cinema fans for nearly a decade, Jangiri Madhumitha has carved a niche for herself as one of the few female comedians, while also landing notable roles in films like Oru Kal Oru Kannadi, Raja Rani, Idharkuthane Aasaipattai Balakumara, Jilla, Kaaki Sattai, Kanchana 2, Demonte Colony, Puli, Kaashmora, Iruttu Araiyil Murattu Kuththu and Viswasam to name a select few. Madhumtiha became a household name across Tamil Nadu after her appearance on Bigg Boss Tamil season 3 last year and was one of the most debated contestants among fans. However, news has now come out that Madhumitha had fainted recently at the shooting spot of her upcoming film, Annabelle Subramaniam, which has 'Makkal Selvan' Vijay Sethupathi and Bollywood actress Taapsee Pannu in the lead roles.

Being directed by reputed Tamil film director R. Sundarrajan's son Deepak Sundarrajan, Annabelle Subramaniam also starring Raadhika Sarathkumar and Yogi Babu in pivotal roles was shot at Jodhpur in Rajasthan last month. News has now come that during the shoot, Madhumitha, who was part of a hectic cooking sequence in a kitchen, had succumbed to burns on her waist after oil had spilled unexpectedly. The Bigg Boss 3 star, however, without informing the incident to anyone at the shooting spot, continued to film her portions while bearing the pain as the sequence was an important one and a lot had been invested already for the scene’s production. Madhumitha had informed the Annabelle Subramaniam crew only after finishing her portions in the sequence that day after which it was found that she had suffered swelling as a result and was subsequently given appropriate treatment.

Likewise, Madhumitha, during the Annabelle Subramaniam shoot, fasted for an entire day without eating any food, with the production continuing to carry into the late evening and night hours. As a result, the Bigg Boss Tamil 3 star had fainted at the shooting spot, with the film's crew reviving her by providing her first aid. Upon being revived Madhumitha resumed filming her portions in Annabelle Subramaniam and had broken her fast after completing her shoot. The film's unit was left astounded at Madhumitha's steadfast dedication to wrap up her portions in the film despite her affliction then at the shooting spot.