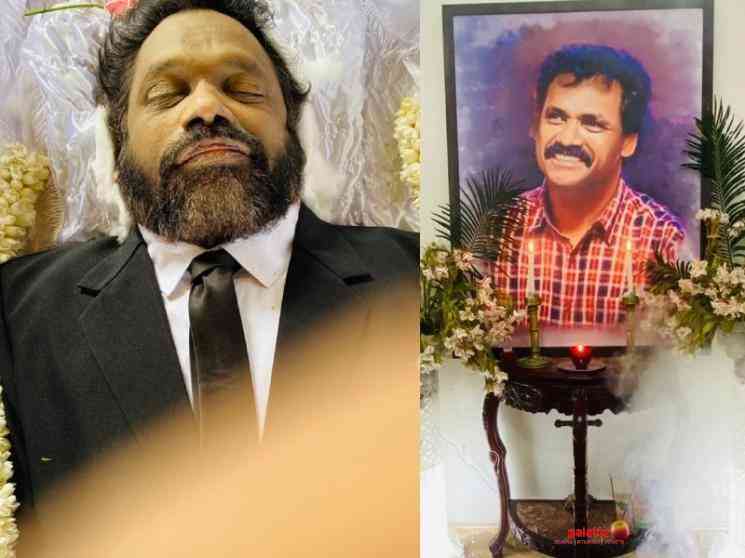 Bigg Boss 3 Tamil fame Losliya suffered a huge personal loss last month when her father, Mariyanesan passed away. Mariyanesan died due to a cardiac arrest and he breathed his last in Canada, where he was working. When the death news was known, Losliya was in Chennai, while her mother and sister were in Sri Lanka. She immediately rushed to her home and she was helped by Vijay TV channel and Bigg Boss 3 contestants. It was revealed that Mariyanesan’s mortal remains will take time to reach Sri Lanka due to several reasons associated with the Covid-19 norms. After a patient long wait, Mariyanesan’s mortal remains reached Sri Lanka recently and the last rites were performed as per the traditions.

After a month’s time, his body reached his family and it is indeed emotional to know that the family had to undergo such long waits during these testing times. The pictures from Mariyanesan’s funeral event are now doing rounds on social media and people are sharing their condolence messages. Mariyanesan was seen dressed in a black coat. Those who watched the third season of Bigg Boss Tamil can never forget Mariyanesan who created a sensational buzz during his entry inside the Bigg Boss house. His bold and unexpected behaviour towards her daughter was highly talked about during the telecast of that episode and it became one of the most watched episodes in the history of Bigg Boss.

Losliya also broke instantly when she saw her father after years and it made everyone emotional. Losliya’s uncontrollable tears will not fade away from the hearts of the audience so easily and we’ve seen the amount of love that she has for her father. His demise is definitely a big loss for Losliya and her family and we express our heartfelt condolences to them.

Losliya, on the acting front, will be making her Tamil cinema debut with the Harbhajan Singh starrer Friendship that is directed by John Paul Raj and Sham Surya. Produced by JPR and Stalin under the banner of Seantoa Studios and Cinemaass Studio, Friendship has Action King Arjun and Sathish in supporting roles. Losliya is also committed to acting in producer Dill Babu's (Axess Film Factory) untitled next directed by JM Raja Saravanan.