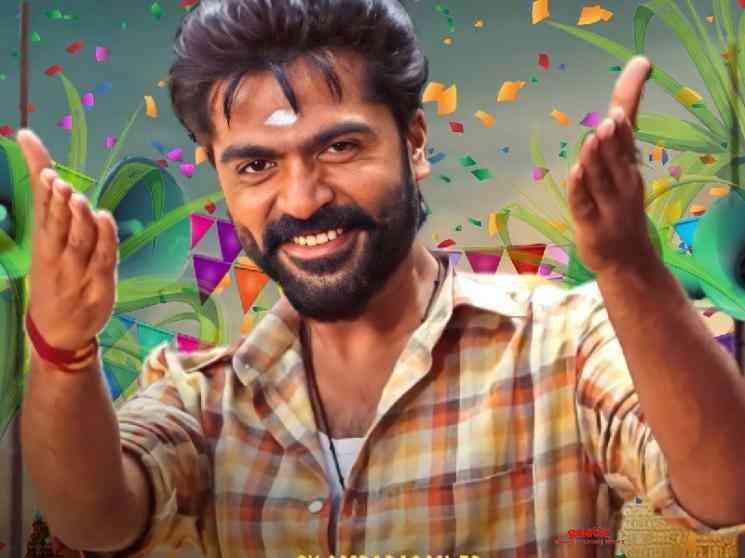 Silambarasan TR’s Eeswaran is scheduled to release for the festive occasion of Pongal, next year and the exact release date is expected to be announced very soon. The film is directed by Susienthiran who will be looking forward to delivering a blockbuster hit. Produced by Balaji Kapa under the banner of Madhav Media, this action based family drama features Nidhhi Agerwal as the female lead and veteran director Bharathiraja in a supporting role. Eeswaran has a strong technical team in the form of Tirru (cinematography), Anthony (editing), and Rajeevan (art direction). The film’s shooting was completed at a rapid pace in a span of just one month and the entire shooting was wrapped in a single schedule.

Silambarasan TR surprised everyone with his focus and dedication towards the film and he also underwent an outstanding transformation, shedding a few kilos for his character. The teaser of the film which released on Diwali, opened to a positive reception from the fans and made them look forward to the film. Now that there are just three more weeks for the movie’s release, music director Thaman has shared an update revealing that he has completed all his works for the film. He mentioned that the entire musical works (songs and background score) for the STR starrer has been completed. Notably, this is Thaman’s second most fastest project after Mahesh Babu’s Businessman, directed by Puri Jagannadh.

Thaman tweeted, “All Musical WorkS of @SilambarasanTR_ #Eeswaran Completed thanks to Our dear #STR and My dir @Dir_Susee Sir for the Supprt and trust @madhavmedia @DCompanyOffl #Eeswaran is my Second fastest Project after Businessman ( tel ) Completed in 2 Months of Time”. The final leg of post production works is said to be happening in full swing and the makers are expected to send the film for the censor process this week. The fans have got huge expectations on this movie as Simbu’s last outing, Vantha Rajavathaan Varuven did not fare well at the box office.

The first single, teaser and other promotional materials have shown good promise and it looks like the film will be a celebration in the theatres. Given the Covid-19 scenario around the globe, we will have to wait for a few more days to know the exact details about the release plans. For now, check out Thaman’s latest tweet about Eeswaran here:

All Musical WorkS of @SilambarasanTR_ #Eeswaran Completed ⭐️🎈♥️ thanks to Our dear #STR and My dir @Dir_Susee Sir for the Supprt and trust ❤️ @madhavmedia @DCompanyOffl 📀💿📀#Eeswaran is my Second fastest Project after Businessman ( tel ) Completed in 2 Months of Time 👍🏽🏆 pic.twitter.com/L2vCiMrNNo