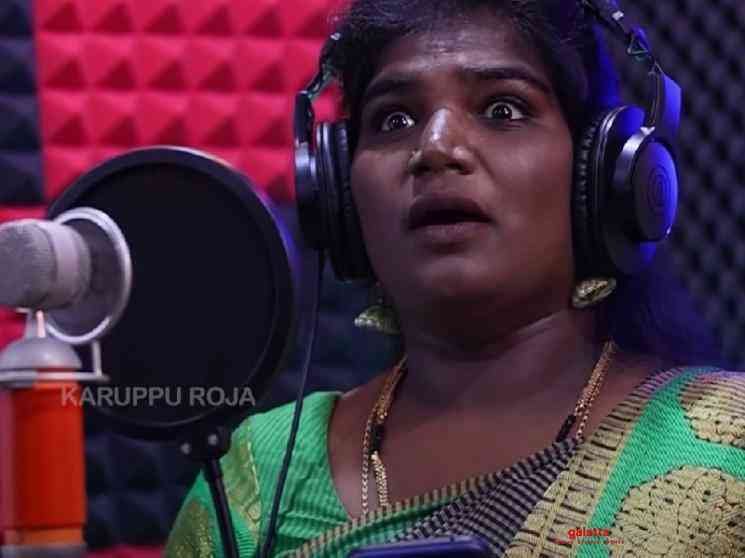 Aranthangi Nisha participated in the fourth season of Bigg Boss and she got wider recognition among the household audience. She received a good amount of support and love from the audience, but at the same time, people felt that she did not play her game effectively. As a result, we saw her getting evicted from the show a few days before. After getting evicted, while talking to the show’s host, Kamal Haasan, Nisha had said, “When I entered the Bigg Boss house, I prepared myself to entertain the people inside and outside, no matter what. I was very conscious and careful that I should not hurt a single soul during my stay. Yes, I feel I could’ve spent a few more days inside the house, but that is fine. I’ve realised that I should have given more priority to the game more than the close people around me”.

Following the exit, Nisha got back to her routine plans and she also took part in the grand finale of Kalakka Povadhu Yaaru: Season 9 on Vijay TV. Having said that, Nisha has now donned a new avatar and it has come as a pleasant surprise to many. Yes! For the first time ever, Nisha has turned into a singer and her announcement has garnered huge attention among her followers. Nisha has lent her voice to a new song which is called 'Kanmaniye En Ponmaniye' and it is composed by Rashaanth Arwin. Rajesh Raghavendra has penned the lyrics while the song has been shot by KS Venkatesh and Praveen.

This song is Nisha's dedication to her sweet little daughter, Safa, who celebrated her birthday yesterday (December 26). We have seen Nisha talking about her daughter in the Bigg Boss game several times. Sharing the picture of her daughter, Nisha wrote, "En ulagam ne, en uyirum ne, en santhosam nethandi en tangame Happy Birthday alage . Eppaum happya eruda tangame". The song sounds good and it also turns out to be a pleasant listen. This video has received a very positive response from the fans and viewers and Nisha couldn’t have made a better dedication than this to her daughter. The ‘Kanmaniye En Ponmaniye’ song has been released on Nisha’s official YouTube channel - Karuppu Roja.

Do watch the song below and let us know what you feel about Nisha’s first song as a singer. Check out the special music video of Nisha’s ‘Kanmaniye En Ponmaniye’ song below: