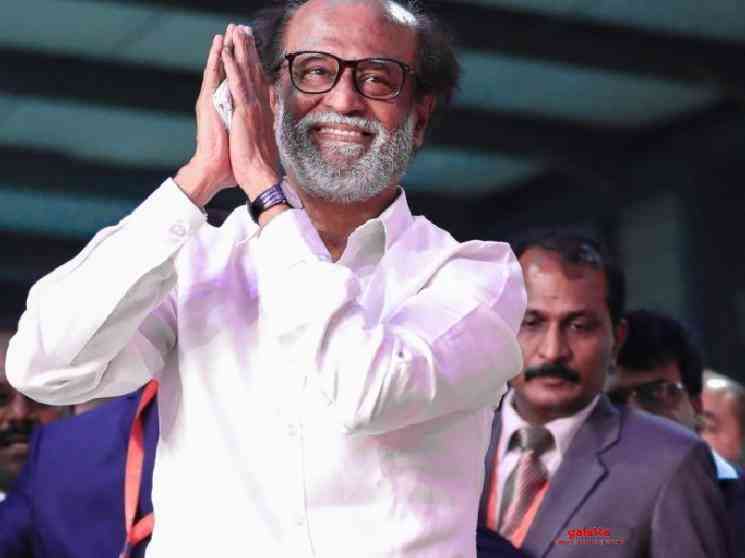 Superstar Rajinikanth was admitted to Apollo Hospital in Hyderabad on December 25 after his blood pressure levels showed severe fluctuations. The fans were worried about the news, but it was clarified that Rajinikanth is in good health. Following a two-day stay in the hospital, Rajinikanth will be discharged today (December 27) evening and Apollo Hospital has released an official statement regarding the same. The statement read, "Mr Rajinikanth was admitted to the hospital on 25 December 2020 with severe hypertension and exhaustion. He was kept under close medical supervision and treated by a team of doctors. His blood pressure has been stabilized and he is feeling much better. In view of his improved medical conditions, he is being discharged from the hospital today.

In view of his post-transplant status, labile hypertension and age the following advice has been given in addition to the medications and diet: 1. Complete bed rest for 1 week with regular monitoring of blood pressure. 2. Minimal physical activity and avoid stress. In view of the above conditions he has also been counselled to avoid any activity that increases the risk of contracting Covid-19". While the good news is that Rajinikanth is getting discharged from the hospital, looking at the statement, it looks like Rajinikanth's political party launch might be postponed considering his current health condition. The fans are glad and happy with the latest development and the news has been garnering very good attention on social media.

Earlier the week, four members from the crew of Rajinikanth's Annaatthe team were tested positive for Covid-19 Coronavirus, and following that, the shooting of the film was announced to be postponed. Though Rajinikanth was tested negative for the same, his blood levels fluctuated and as a result, he was hospitalized. The further schedules of Annaatthe are expected to be known in the coming weeks. Annaatthe is Rajinikanth's next outing after Darbar and the film is directed by Siva of Viswasam fame.

Produced by Sun Pictures, the film has music scored by D Imman. Khushbu Sundar, Meena, Keerthy Suresh, Nayanthara, Prakash Raj, Soori, and Sathish are also a part of the film's cast. We are also yet to know about Rajinikanth’s political plans. Considering his current health condition, we may even witness a few changes in his political plans. Stay tuned for more updates. 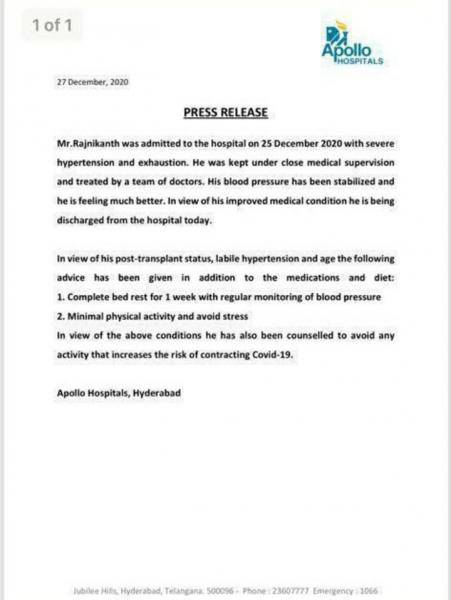