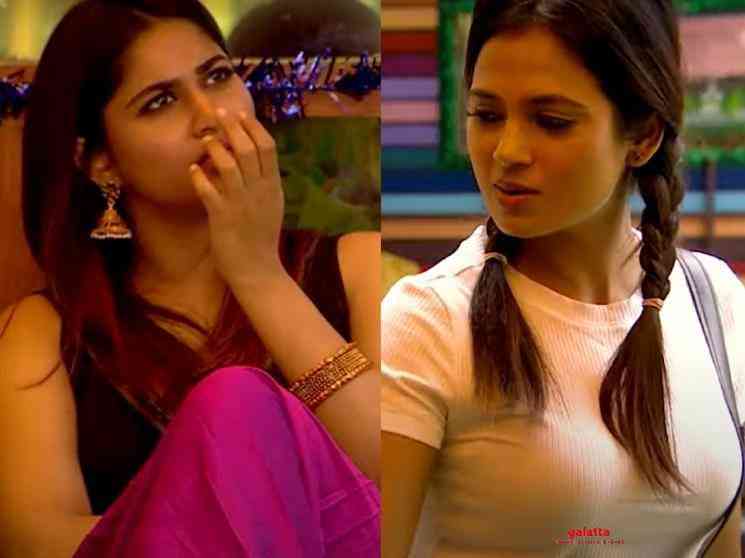 Popular news reader and actress Anitha Sampath was evicted from the fourth season of Bigg Boss Tamil, last night and her eviction received a mixed response from the audience. While a certain section of the audience felt that it was personally good for her to go out of the show, another set of people felt that it was not right to send her out since she played her game well at many places. Following Anitha's exit, the house is left with just 8 more people - Aari, Rio Raj, Shivani Narayanan, Aajeedh, Gabriella, Som Shekar, Balaji Murugadoss, and Ramya Pandian. The new week will begin from today (December 28) and in the first promo, we saw a glimpse of the nomination process.

It was an open nomination and from what we saw, it looks like Aajeedh and Shivani are surely going to be nominated for this week's eviction since both of them secured most votes. We will have to watch the full episode to know the final list of nominated contestants. Vijay TV has now released the second promo and in this one, we see Ramya and Shivani discussing about Aari and his game strategy. Both of them feel that Aari comfortably puts blame on others to project himself in a good light. Ramya also adds that she is confused about the reception for Aari's game.

Ramya Pandian has not liked Aari's game plan since the early days and we have seen her nominating him during the eviction process, citing similar reasons. Shivani also has a similar feeling and in addition, she also tells Ramya that Aari acts selfishly in certain places. We have already seen the housemates accusing him of not accepting his mistakes. Aari, while talking to a caller in last night's episode, told that he points out the mistakes of other housemates only to make themselves better and more deserving for the title and not to create any enmity. Aari's game has majorly not worked well with the housemates, but in contrast, it has received a wonderful response among the audience and Aari is easily one of the strong contenders to be a finalist of this season.