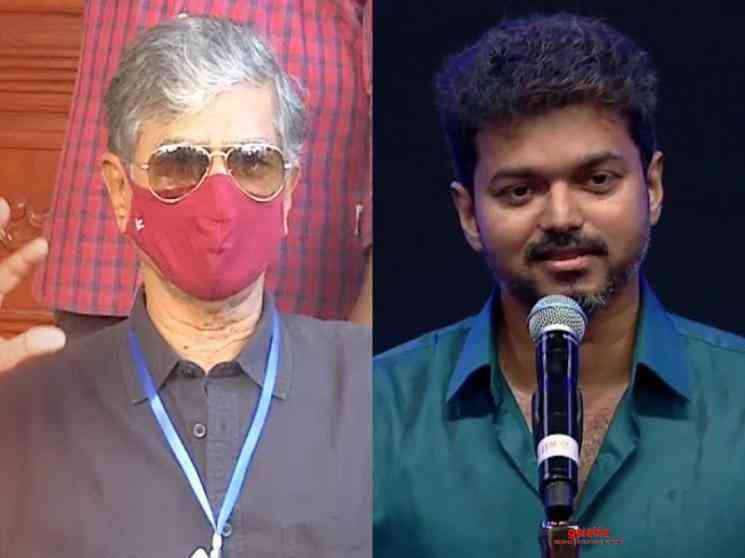 'Thalapathy' Vijay and his fans were surprised on Thursday as the media reported the actor registering the name of his political party with the Election Commission of India. The news spread like wildfire in quick time as fans were informed that Vijay's Makkal Iyakkam had been registered as a Political party under the name of All India Thalapathy Makkal Iyakkam. Several political leaders and analysts soon after responded to the news, including Tamil Nadu Chief Minister Edappadi K. Palaniswami, who said that Vijay has the rights to flag off a political party as he is an Indian citizen and India is a democratic country.

As many were still waiting for a word from Vijay, the actor's father, veteran director S. A. Chandrasekhar issued a statement that the political party was started by him, while adding that his son had not initiated it. SAC clarified that he had begun his own political party keeping in mind the interests of the members of the Vijay Makkal Iyakkam. The producer-actor also said that Vijay only can answer whether he would come into his political party in the future. Soon after, Vijay issued a press release stating he was unaware of any such developments and informed that his fans association has no connection with the political party flagged off by his father. He further asked his fans not to join SAC's political party, while also adding that he would resort to appropriate strict action against those who use his name or picture for any political proceedings.

Now, Vijay's father on Friday addressed media persons regarding the statement issued by Vijay saying he started his own political party because he wanted to. He stated that he registered the political party to encourage fans, who have been involving themselves in providing service to the society for a long time. He told the media that there was no other intention behind his move, while adding that he is Vijay's first fan since the organization began in 1993.

When S. A. Chandrasekhar was queried regarding the speculations that he and Vijay were not on speaking terms for nearly 5 years, the veteran filmmaker denied the gossip as untrue. He refuted the rumour as baseless and said that he met Vijay on a couple of occasions during the lockdown period. He also stated that such rumours are being spread by random persons and he will be able to explain with better clarity individually to the press.