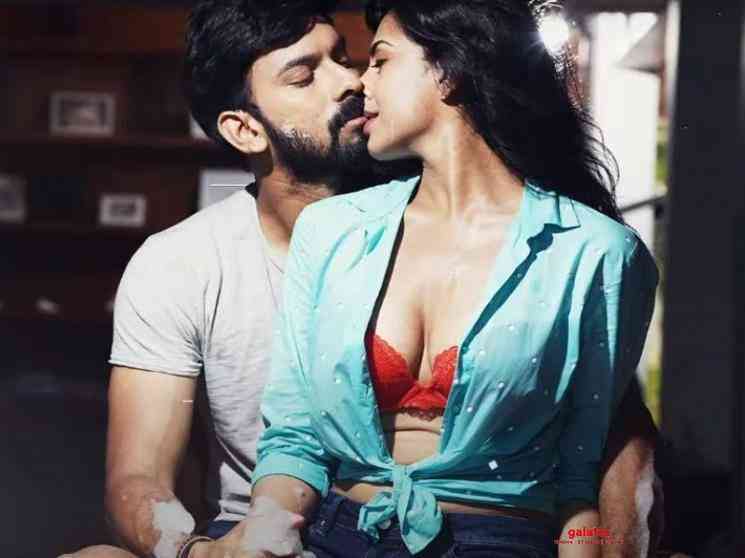 A film that became a roaring success in 2018 among the youth was the adult horror comedy entertainer, Iruttu Araiyil Murattu Kutthu, which had Gautham Karthik, Yashika Aannand, Vaibhavi Shandilya, Chandrika Ravi and Shah Ra in the lead roles. Post the release of the film, director Santhosh P. Jayakumar announced its sequel titled Irandaam Kuththu, in which he is making his debut as a hero. IAMK 2, as it is also being called by fans, includes Karishma Kaul, Akrithi Singh, Meenal Sahu as the female leads, followed by Daniel Annie Pope, Rajendiran, Ravi Maria, Chaams, TSK, Singam Puli, Swaminathan, Shalu Shamu in major supporting roles.

As of now, no release date for Irandaam Kuththu has officially been announced. Having said that, promotions are being carried out in full swing by producer Hari Bhaskaran's Flying Horse Pictures banner, with the makers now releasing the second single track from the film titled 'Boom Boom'. Composed and sung by S. N. Prasad to the lyrics penned by Srikanth Varadan, the song is targeted primarily towards youngsters. It is to be noted that the first single track 'Thambi' received positive feedback from the youth.

Irandaam Kuththu stirred a massive debate among fans and the common public after the unveiling of the film's posters and a raunchy teaser. Many opposed the film, with some asking for it to not be released. Among those who carried the opposition torch against the film was legendary six-time National Award-winning director Bharathiraja, who requested the government and the censor board to take a stern decision regarding its content and release. The film's director Santhosh P. Jayakumar courted trouble when he made a statement against Bharathiraja for which he later went on to issue an apology.

The Central Board of Film Certification (CBFC) had given Irandaam Kuththu a clean 'A' certificate, with the film expected to arrive in theatres once the COVID-19 pandemic situation gets better. Apart from SN Prasad composing the songs, Dharan Kumar has come in for the background score. The film also includes cinematography by Ballu and editing by Prasanna GK, while Rockfort Entertainment has acquired the theatrical distribution rights.