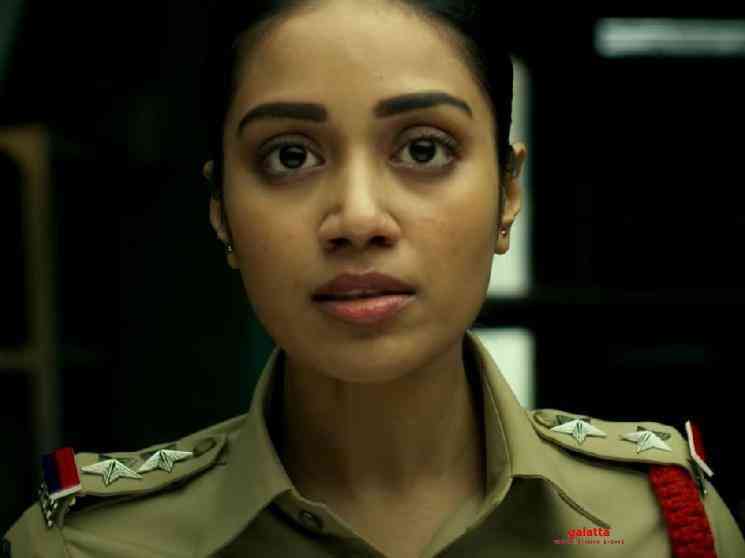 Red is an upcoming Telugu action thriller that stars Ram Pothineni in the lead role. He will be seen in dual roles in this film which is the official remake of Arun Vijay's acclaimed thriller, Thadam, directed by Magizh Thirumeni. The story revolves around two lookalike men among which one is accused of committing a murder. The Telugu remake, Red, is directed by Tirumala Kishore and produced by Sravanthi Ravi Kishore under the banner of Sri Sravanthi Movies. Nivetha Pethuraj has reprised Vidya Pradeep's role as a police officer who investigates the murder case. Bigil fame Amritha Aiyer will be seen as Ram Pothineni's one-sided lover, an innocent girl.

Malvika Sharma plays Ram Pothineni's love interest, while Sampath Raj, Vennela Kishore, Nassar, Posani Krishna Murali, Satya, Pavithra Lokesh, Sonia Agarwal, Charandeep will be seen in supporting roles. The makers have now released the theatrical trailer of the film and it looks quite intriguing and promising. Looking at the trailer, it looks like the makers have recreated the film without any major changes, doing justice to the original. However, we can come to conclusions only when we get to see the final product. Ram Pothineni looks energetic and stylish and his dual makeover looks very interesting.

His performance is going to be a treat for the fans and the trailer manages to showcase him in a new dimension. Nivetha Pethuraj, as the Police Officer, garners attention and she seems to have made good use of the solid role that she got. The action sequences played a crucial role in Thadam and Red also seems to have got it right (credits: Peter Hein). The film has music scored by Mani Sharma, cinematography by Sameer Reddy, and editing by Junaid Siddiqui. The trailer is packed with some high intense moments and it makes the audience more curious to watch the film.

This newly released trailer has received a positive reception from the fans. The film is scheduled for a grand theatrical release for Sankranti (Pongal) 2021 and the fans are super excitedly waiting for the same. Red is the first major Telugu film to announce the theatrical release for Sankranti and we will have to wait for a few more days to know if any more films join the list. For now, check out the official trailer of Ram Pothineni's Red, the Telugu remake of Arun Vijay's Thadam here: