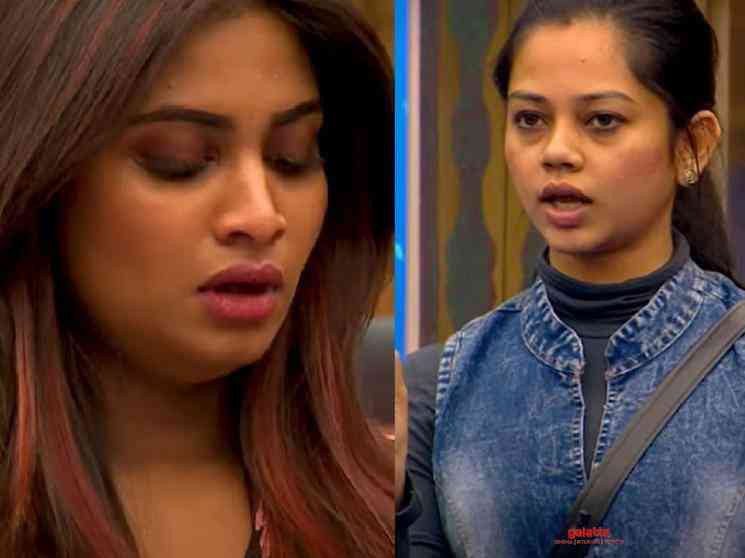 The housemates in Bigg Boss Tamil: Season 4 entered the next level of the Ball Catch task and in this task, the housemates were asked to catch Gold-coloured balls. If a contestant manages to catch a gold ball, he/she will have the power to reduce another contestant's points. The contestant can also opt to increase his/her own points as well. This was shown in the first promo and it garnered a good attention. Following that, the second promo has now been released and in this promo, we see the housemates picking the uninteresting/boring performers of the week, so as to send them to the jail. We just see a glimpse of the nomination process in this promo and we will get a better clarity only while watching the full episode.

In this promo, Anitha is seen finding faults with Balaji's captaincy and she feels that he sees partiality among the housemates. Anitha points out that Balaji never pointed out Shivani's mistake and claims that he did not point out her faults because she is close to him. In last night's episode itself, Anitha talked about this topic to Ramya and while talking she said Balaji is pointing out the mistakes of everyone except Shivani and told that he is seeing partiality. She repeats the same thoughts during the nomination process, but this time, it irks Balaji. We see Balaji defending himself and he tells Anitha that he was never partial to anyone during his captaincy.

However, Anitha is in no mood to listen and she asks Balaji not to interrupt when she is talking. Balaji says he needs to stop someone when there is a false allegation against him, but Anitha is not at all convinced. She goes on to say that Balaji is not ready to accept his mistake. Did Balaji really commit any mistake as Anitha says? Was he partial to Shivani? We will have to wait and see. Meanwhile, Shivani is seen getting restless with her name being dragged in this issue. Shivani has never liked her name being linked with Balaji and we have seen her expressing her disappointment about it in the past, but that does not seem to end.

Five contestants have been nominated for this week's Bigg Boss eviction process and it includes Aari, Shivani, Gabriella, Aajeedh, and Anitha and going by the online buzz, either Anitha or Aajeedh will walk out of the house this week. For now, check out the newly released promo here: