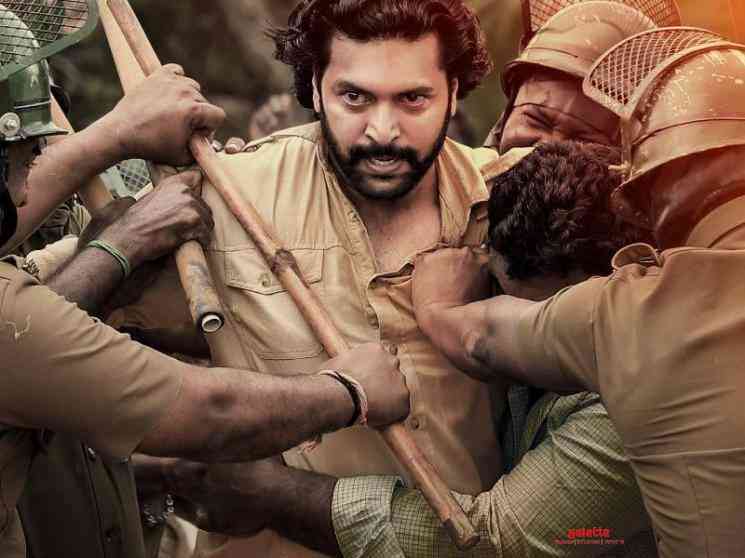 We have witnessed several notable Tamil films like Jyotika's Ponmagal Vandhal, Keerthy Suresh's Penguin, Suriya's Soorarai Pottru, and Nayanthara's Mookuthi Amman releasing directly on OTT platforms during this pandemic phase. One more new Tamil film has now joined this list, having a direct OTT release. Jayam Ravi's landmark 25th film, Bhoomi is announced to have a direct digital release on Disney + Hotstar streaming platform and it will be released on the festive occasion of Pongal, next year. Bhoomi will be a Pongal 2021 release on Disney + Hotstar platform and the announcement has created a sensational buzz on social media. The exact release date is yet to be confirmed and further details are awaited.

With just 20 more days for the release, the makers of Bhoomi will immediately be kickstarting the promotional works. Jayam Ravi penned an emotional note about Bhoomi's OTT release, telling that he feels grateful to making his film available for everyone at the comfort of their homes. Despite the theatres being open, it might not be practically possible for mainstream big league films to manage with the 50% occupancy and it looks like that is one of the reasons why the makers of Bhoomi opted for a digital release.

Jayam Ravi's official statement read, "Reminiscing my journey in the film industry, I owe a great deal to my fans and audiences who have constantly showered me with their applause, appreciation and their strong confidence in me to deliver meaningful cinema. They have treated me like their own during my tough times & boosted my morale through their endearing love for my movies. I would not have come this far without them who I consider as an extended part of my family. Bhoomi is a milestone in many ways in my career. Besides being my 25th project and one that's close to my heart for that reason, it also joins the list of movies released in the 'times of Covid'.

As much as I was looking forward to watching this movie with my dear fans in theatres, the universe had other plans by helping me pay tribute to them by bringing Bhoomi into their homes. I am excited along with Disney + Hotstar to be a part of all your Pongal 2021 celebrations right in the heart of your homes. There have been many festive occasions when you have visited theatres to watch my films as a part of your celebrations. This time, I feel blessed to celebrate the festivities with a beautiful movie in your homes. With love, hope and prayers in my heart, I look forward to meeting you all in theatres soon for my other forthcoming theatrical releases. God bless all,".