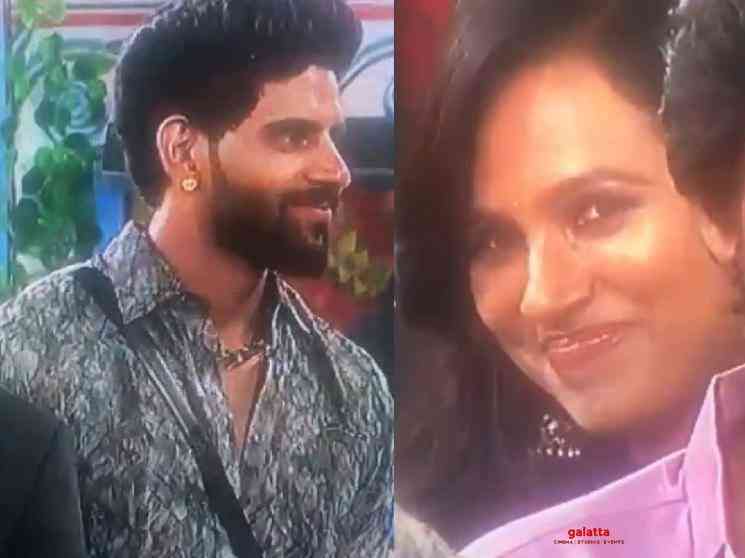 Last night’s (December 14) episode of Bigg Boss Tamil: Season 4 looked quite emotional due to the eviction of Aranthangi Nisha. For the first ever time in the history of Bigg Boss, there were double evictions in the same weekend. Jithan Ramesh was evicted from the show on Saturday’s episode and Aranthangi Nisha was evicted in the Sunday’s episode. When Nisha was announced to be evicted, she got ready to exit from the house and as always, the housemates gathered together to bid farewell. Those who have been following the show would definitely know that Nisha was very close with Rio and Archana. She was emotionally attached to both of them and when she had to walk out of the house, she hugged them tight.

Archana was in uncontrollable tears when Nisha was about to leave the house and she was comforted by Rio, Som Shekar, Gabriella and others. Nisha hugged each and every one in the house and wished everyone for the game. While she hugged Archana, both of them cried their hearts out and it may have looked dramatic for a certain set of viewers. The fans of Bigg Boss have always been attentive to what they see and they’ve noticed an interesting moment during Nisha’s eviction. When Nisha and Rio hugged, Ramya Pandian is seen making eye contact with Balaji and laughing about it.

The fans have been sharing this small portion from the episode on social media and it has garnered good attention. One does not know what made Ramya laugh when Nisha and Rio hugged each other. Ramya’s reaction has got a mixed reception from the viewers. While a section of the audience have criticised her for reacting in such a way during an important situation, the other set of people have enjoyed it. Ramya Pandian has a solid fan following on social media and we have seen that in the past.

Her game play in Bigg Boss has been quite successful and she has managed to maintain the positive and calm vibe since the beginning of the show. Despite being nominated for eviction in most weeks, Ramya Pandian was saved by the audience and that indeed showed her support among the people of Tamil Nadu. Ramya is touted to be one of the strong contenders for being one of the finalists of this season along with Aari and Balaji Murugadoss. Let us keep our fingers crossed and see how the coming weeks turn out to be. Meanwhile, check out the video of Ramya Pandian laughing with Balaji during Nisha’s eviction here: