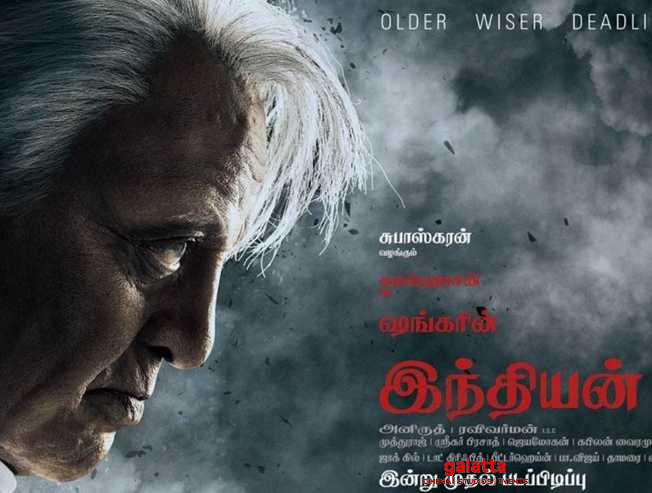 After the 2018 release, Vishwaroopam 2, Ulaga Nayagan Kamal Haasan will be back to donning the silver screens with Shankar's Indian 2. After 23 years Shankar and Kamal Haasan are coming together for this sequel. Bankrolled by Subaskaran under the banner, Lyca Productions, Indian 2 has Kamal Haasan, Kajal Aggarwal, Priya Bhavani Shankar, Siddharth, Rakul Preet Singh, Aishwarya Rajesh and Vidyut Jamwal in the star cast. Earlier we broke the news on the internet that the filming of Indian 2 will be commencing on 12th August i.e., today. And now, Rakul Preet Singh, who is one of the lady leads, has officially confirmed it by posting a picture of herself in the vanity van, on her Instagram story. Check it out!

Rakul Preet Singh will be paired opposite Siddharth and Vidyut Jamwal is said to be one of the antagonists in the film. The filming has begun at Rajahmundry in Andhra Pradesh. The movie will have its music composed by Anirudh Ravichander.

Just as any other Shankar movie, Indian 2 also has a strong technical team that includes Sreekar Prasad as the editor, Rathnavel aka Randy as the DOP and T. Muthuraj as the production designer. Indian 2 is slated to release on the occasion of Tamil New Year on April 14, 2021. It is to be noted that Indian 2 will also be releasing in Telugu as Bharateyudu 2.