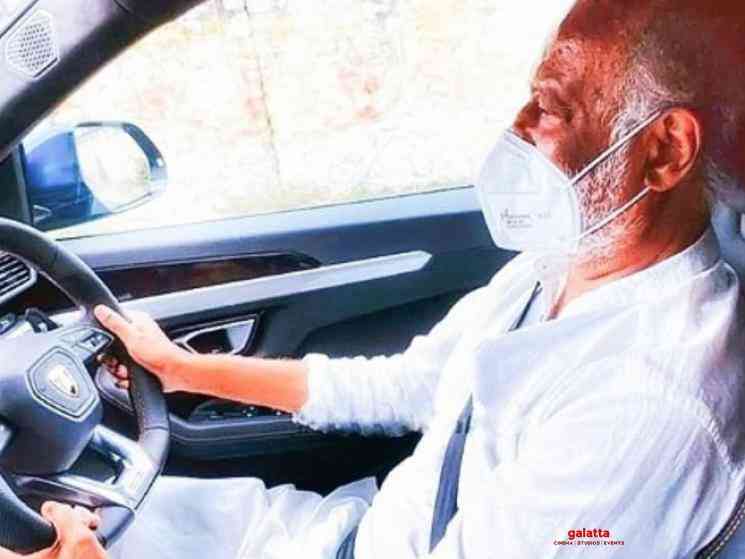 The whole of India was under a strict lockdown for over 100 days before the lockdown begun to be relaxed in phases. However, in Tamil Nadu, it is still not completely relaxed and an e-pass is mandatory to travel between districts, especially now that the COVID numbers are at an all-time staggering high! In this situation, a photo of Superstar Rajinikanth driving his car became viral online and it was also reported that he had travelled by car to his daughter's house in Kelambakkam, from his house in Poes Garden, which comes under the Teynampet region, in Chennai district! All of the Superstar's fans were overjoyed to see his latest photo but it also gave rise to a lot of controversial questions! The main question was, how did Rajinikanth travel to another district (Kelambakkam falls under the Chengalpattu district), without an e-pass!

Responding to these reports, the Greater Chennai Corporation clarified the air by releasing a copy of the e-pass that Rajinikanth had obtained to travel from Chennai district to Chengalpattu district! Though this e-pass was expected to be an answer to all questions, it has started off a fresh volley of questions! The public have now been wanting to know 3 things mainly! First of all, the date of issue on the e-pass is later than the date that Rajinikanth travelled on! This in itself is highly confusing as the e-pass was necessary on the date of travel! Secondly, the question being asked is, was Rajinikanth thoroughly checked for COVID, as the Teynampet region is one of the most infected regions in Chennai and is considered to be a Red Zone!

Thirdly, some people are demanding to know what documents he had produced to obtain the e-pass and who was the medical expert who provided it, as it is mentioned that the reason behind issuing the pass had been mentioned as "Medical Emergency"! The people demanding these questions would like to know the documents provided as many common folk's request for e-pass to travel to and from their hometowns are being rejected by the Government and they are forced to make unnecessay expenses, on various counts most commonly the very high EB charges! People, who are demanding answers to these questions want to know how the Government is working immediately in the case of affluent and famous people when it is not functioning in the case of normal, common citizens! Let's hope these questions are answered!