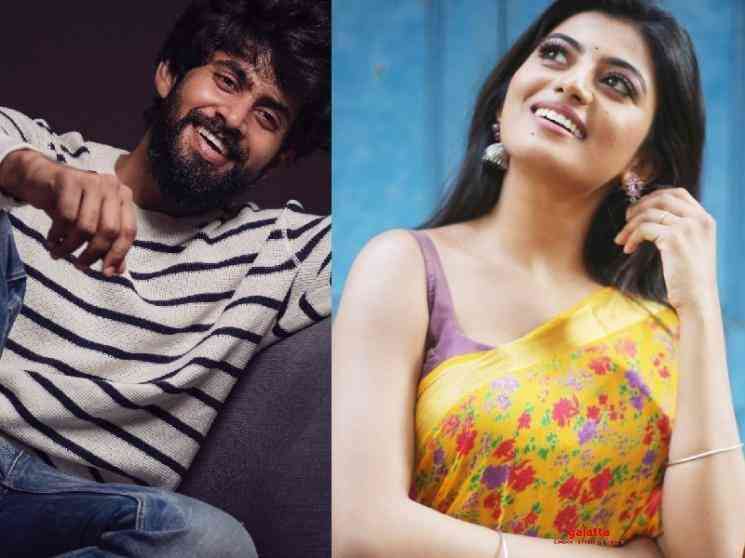 Kathir and Kayal Anandhi played the lead roles in Mari Selvaraj’s critically acclaimed debut directorial, Pariyerum Perumal. Kathir won the hearts of the audience as Pariyan while Anandhi garnered attention with her beautiful performance as the innocent Jo. Their combination scenes worked well and their relationship was the core anchor of the movie. The duo is all set to reunite once again for a new film, this time a realistic thriller. Yes, Kathir and Anandhi have been signed to play the leads in an upcoming Tamil thriller directed by newcomer Zac Harriss.

Anjathey and Kaithi fame Narain will be seen in a pivotal character. This untitled movie is produced by Lavan Prakashan and Kusan Prakashan under the banner of AAAR Productions. The shooting is planned to take off in early 2021 while the release is planned during the summer days. Talking about the film, the producers in a joint statement, said, “This is our maiden production venture in the Tamil film industry, and we are looking forward to producing and presenting more content-driven films. In particular, we would like to encourage young and new talents as they possess the potential to come up with newfangled ideas. Director Zac Harriss impressed us with a unique story premise, and his narrative expertise was engrossing. He has gained great knowledge about filming from the top institution in London and has been associated with various prominent filmmakers in the South industry.

We are happy to have Kathir, Narain, and Kayal Anandhi, the most talented artists to play the lead roles in this film. They have already established an excellent domain for themselves in the industry by consistently being a part of movies with substantive contents and characters. In particular, Kathir and Kayal Anandhi and their onscreen chemistry in critically acclaimed Pariyerum Perumal was elegant and adorable. We are sure that Kathir will emerge as a salient star after the release of this film.

We are holding discussions with many familiar actors and technicians and will be soon announcing the ensemble star-cast and crew. We will have the shoot commencing by the beginning of 2021 and are planning to release it in summer 2021. The film will be shot at various locations in Chennai and Kerala.” Looks like an exciting project is on cards. Stay tuned for more updates. Kathir was last seen in the football-based sports drama, Jada, and Anandhi's last release was Irandam Ulagaporin Kadaisi Gundu.