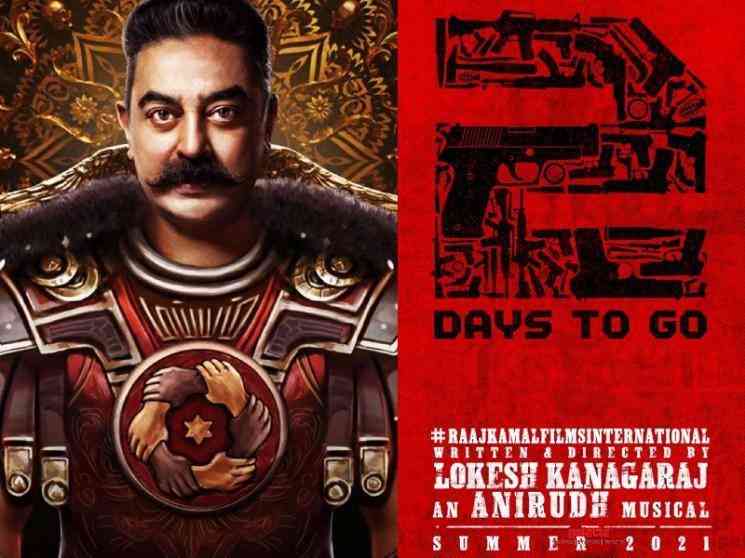 Director Lokesh Kanagaraj would be teaming up with his inspiration, Ulaganayagan Kamal Haasan, for his next outing and the announcement regarding the project was made last month. The news created a huge buzz on social media and it instantly became a project to be watched out for. It has been quite a while since the people of Tamil Nadu saw a Kamal Haasan film and hence this movie got huge expectations ever since its announcement. It was also exciting to see a legend like Kamal Haasan teaming up with a young and promising talent like Lokesh Kanagaraj. The film is tentatively called Kamal Haasan 232 and it is expected to show the Virumaandi actor in a completely new dimension.

We know that Lokesh Kanagaraj is an ardent fan of Kamal Haasan and he would be making the fullest use of this big opportunity. This film will be produced by Kamal Haasan's Raaj Kamal Films International and the film is planned to be shot as a quickie within a span of 2-3 months. The film will have music scored by Anirudh Ravichander and this will be his second film with both, Kamal Haasan (after Indian 2) and Lokesh Kanagaraj (Master).

It has now been officially announced that the film's title will be unveiled on November 7, evening at 5 PM. Lokesh Kanagaraj took to his social media page to share this good news with his fans and well-wishers. The title of the film will be announced through a short teaser and the fans are curious to know if the teaser will feature Kamal Haasan. November 7 happens to be Kamal Haasan's birthday and it looks like Lokesh Kanagaraj and team have decided to make this year special for Nammavar. #KamalHaasan232 will officially end on November 7 at 4.59 PM.

This action entertainer has been planned to release for Summer 2021, ahead of the Tamil Nadu State Elections. The shoot is expected to begin within the next few weeks and it is said that the core technical team of Kaithi and Master would be retained for this film as well. Apart from this film, Lokesh Kanagaraj is also eagerly waiting for the release of his current film, Master that features Thalapathy Vijay in the lead role. Master is one of the most expected films of this year and the fans are waiting to witness the film soon. For now, check out the latest exciting announcement about Kamal Haasan 232 here:

Title announcement teaser of #kamalhaasan232 is coming this Saturday 7th nov 5pm! Need all your wishes and support 🙏🏻#KH232Title_reveal_teaser@ikamalhaasan pic.twitter.com/P8I9fterzd

Samantha's funny reply to a fan who asked her to divorce and marry him - check it out!